Study: Number of employees in Bucharest’s modern office buildings up by 25 pct in past 2 years 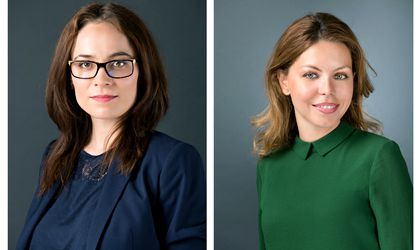 In the first half of 2017, the number of employees working in modern office spaces went up by 6,100.

Pipera South (Dimitrie Pompeiu), Barbu Vacarescu – Floreasca and the West are still the locations that have registered the highest increases, occupying the top three positions in terms of the number of employees in modern office buildings.

Generally, about 55 percent of the total number of employees in the capital working in modern office space is operating in these areas. Around 50,000 employees work in office buildings in the Pipera-South area, almost 45,000 in the Barbu Vacarescu-Floreasca area, and in the West around 33,000.

The office areas with the highest rate of square meters per employee are those dedicated to main operations (headquarters): Bucharest Business Center, Central Area and North Center, without taking into account the Barbu Vacarescu – Floreasca area.

Read more about
The office rents in Bucharest, although increasing this year are still among the lowest in Europe, thus attracting new IT&C companies
read more

The smallest square meter per employee is still the Pipera Sud (Dimitrie Pompeiu) area, the office area dedicated to back-office operations, being a destination chosen especially by outsourcing companies.

“The Bucharest labor market has seen a distinctive dynamic over the last two years. According to data from the National Institute of Statistics, the total number of employees increased by 63,000 during the S1 2015 – S1 2017, 52,000 of them working in the services sector. From our data, in the same period, the number of employees working in modern office buildings has increased by 25 percent, equivalent to 47,000 people who have engaged in sectors such as IT, BPO and professional services, from where they come The most active players in the office space market,” Mihaela Galatanu, Head of Research C&W Echinox said.

By the end of 2017, the number of employees in modern office buildings in Bucharest could reach the threshold of 250,000.

“Office developers have come to meet the demands of tenants by delivering new buildings with modern technical specifications, and for the upcoming period, the growth trend continues, with a special focus on the Center-West area, which, by the end of the year could attract another 7,000 employees to the buildings under construction,” Madalina Cojocaru, partner office agency C&W Echinox said.

The calculation of the number of employees is based on the destination of each office area and the occupancy rate recorded for each submarket at the end of Q1 2017.

C&W Echinox: The cinematographic market has started the recovery after the pandemic