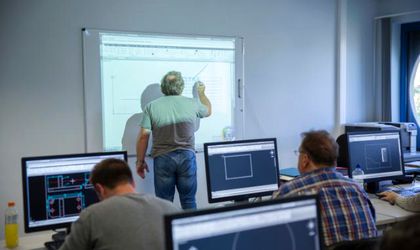 The government has kicked off on Thursday the procedures for the launch of a state aid scheme “de minimis” aimed to maintain the wages of employees in sectors that are exempted from the payment of the income tax.

The measure targets employees in the IT and R&D sectors. It will also apply for seasonal workers and the disabled.

“The validity period for the state aid scheme de minimis, based on which the requests will be approved and payments will be made, will be 2018-2020 and the total estimated number of beneficiaries in this period will be of 8,760 companies, with a yearly average rate of 2,920 beneficiaries,” said the government in a press release.

The new state aid scheme will have an approved budget of RON 300 million. The allocated amount for each year of operation will be RON 100 million.

Eligible companies need to have full time employees that are currently exempted from paying the income tax.

IT companies have recently warned that the net wages of employees will go down next year after the government decided to shift the payment of social security contributions from companies to employees, while cutting the income tax rate from 16 percent to 10 percent. These measures will be enforced starting January 2018.

The IT sector has gained prominence in the last year in the Romanian economy as multinational groups have invested heavily in development centers locally. The National Bank of Romania forecasts that the IT industry will generate 6.2 percent of GDP this year. Over 100,000 specialists are working in the local IT market.