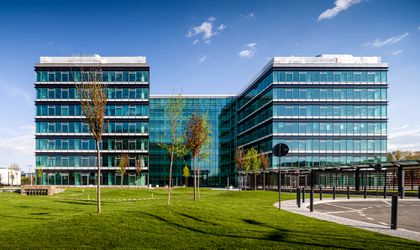 The investment volume in the first half of 2018 amounted to approximately EUR 386 million, down 27 percent from the same period of the previous year, when the investment market reached a value of EUR 530 million, according to Cushman & Wakefield Echinox data.

This decline comes amid a substantial number of transactions that had not been fully completed by June 30, while their eventual closure in the second half of the year will push the market to a level of transactions comparable to that achieved in 2017, of almost EUR 1 billion.

At Central and Eastern Europe (CEE) level, the local market attracted 7.6 percent of the total investment volume of EUR 5.1 billion recorded Poland, the Czech Republic, Slovakia, Hungary and Romania. The first place was occupied by Poland EUR 3.2 billion, with a share of 64.1 percent, with the Czech Republic standing at EUR 910 million 18 percent. Romania ranked third in CEE, with a higher market share than Hungary (7 percent) and Slovakia (3.3 percent).

At the local level, the most active sector was the office one with a share of 66 percent of the total volume, followed by the retail sector (29 percent), while the contribution of the hospitality and industrial sectors was low (3 percent and 1 percent respectively).

In terms of location, 93 percent of the investment volume was generated by property transactions in Bucharest, with a number of transactions being also recorded in regional cities such as Cluj-Napoca and Brasov.

”Following a long period during which new investors have monitored and considered investing in Romania, the last months of 2017 and the first half of 2018 saw evidence of this new capital transacting. This trend will continue during the second half of the year, with more news of newcomers to the Romanian market set to be announced in the months ahead. As yields continue to drop in the more developed markets of CEE, Romania will see a natural tendency for investors to look further East for higher returns, coupled with acceptable market risk. Romania offering them an attractive solution. Investment volumes are important, but the diversity of investors entering the market will be even more important, ” Tim Wilkinson, partner, Capital Markets, C&W Echinox, stated.

The largest transactions in Romania

The largest transaction in terms of value was completed by Lion’s Head Investments, a joint venture between Old Mutual and AG Capital South Africa, which acquired Oregon Park with surface of 70,000 square meters GLA in the Barbu Vacarescu – Floreasca area.

This transaction represents a new record for the local market, being the largest one in the office sector, as well as the first concluded by Old Mutual in Romania, consolidating the position of South African investors on the local real estate market.

Moreover, the sale of The Bridge project in the Orhideea area has recently been announced, a transaction that once completed will set a new price benchmark.

In regards to retail, the most relevant transaction was the acquisition of Militari Shopping Park in Bucharest by another group of South African investors – Prime Capital and MAS Real Estate for EUR 95 million.