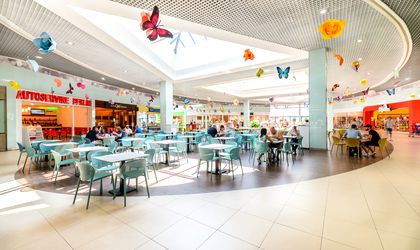 French group Catinvest, which owns a network of four commercial centers in Romania and several others internationally, together with Carrefour Romania, completed the modernization of TOM Carrefour in Constanta, following an EUR 2 million investment. The capital was used to modernize interior spaces and adapt the project to the current consumer demands.

Works started in January and are divided in two stages. In the first stage, the interior spaces and the design of the galleries were updated, as well as the lighting and ventilation system. During the second stage, set to debut in September, the facade and the pedestrian alleys will be replaced.

“TOM Carrefour is a strategic investment we started in 2006, with the purchase of the commercial center, which we want now to strengthen by fully modernizing the center in two stages, and later to extend the commercial galleries,” Jibril Semour, Catinvest Eastern Europe General Director said. “This way, we answer on the one hand to the high demand from retailers to rent spaces at TOM, given that the occupancy rate is 98 percent, and on the other, we offer to clients in Constanta an extended shopping area, with a varied offer, close by,” Semour added.

The modernization of TOM Carrefour Constanta Shopping Center is part of Catinvest’s strategy of upgrading the property portfolio so that it remains an attractive, modern destination for visitors with diversified and quality services.