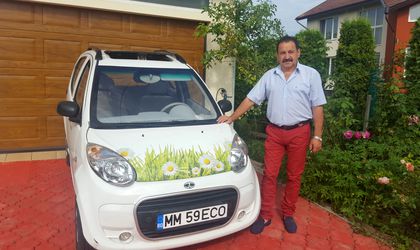 Today’s story is about GTG, the company looking to make the first electric vehicle in Romania with support from an EU grant. Gheorghe Muresan (58) started to think about manufacturing an electric vehicle four years ago. He later met with Andi Ostroveanu (40) and their joint project started to become reality step by step.

The courage of the two Romanian entrepreneurs and their desire to bring the electric car revolution to the masses made us include this story in the #Makeithappen campaign. Muresan, a graduate of the Faculty of Machinery and Mining Equipment in Petrosani, has been an entrepreneur since 1991. He started his own company in the textile sector and sold products under the GoTech brand. However, in recent years the business activity started to go down so he started to pivot towards a new industry – electric vehicles.

Having traveled across the world, he realized that pollution is one of the worst dangers for urban areas. He explains that for instance in some Chinese cities months go by without citizens seeing the blue sky because of the pollution. This is how he started to think of starting a company that proposes a sustainable means of transportation.

“We are on virgin territory, I have been working on this project for the past four years and faced the unknown. We don’t have any model that inspires us, we are relying on technical common sense,” says Muresan, the general manager of GTG. For the past two years, Muresan and his business associate from Cluj-Napoca have been driving two prototypes of the electric vehicles that they want to produce in Baia Mare.

“We have tested their reliability, endurance. We are positioning ourselves as providing the most affordable electric vehicle on the market,” explains the entrepreneur.

During the test phase, Muresan said that one of the issues the very cold weather during the winter seasons, which meant that the Lead-Gel batteries would have only half of their charging capacity.

In the new models, he says that this issue will be solved with a new battery management system.

“I ended up charging the phone and the car each night,” said the entrepreneur, adding it’s very easy to use the vehicle. He says it cost him only RON 3 (EUR 0.65) for each 100 km driven in the city.

GTG plans to market an electric vehicle with a starting price of EUR 13,700, but a buyer will only pay half the price, while the rest will be financed through a government program designed to support ecological cars. With a price of EUR 6,850, this would be one of the cars with the lowest price on the international market.

The maximum prices stand at EUR 16,000, VAT included, for the top range model. For an extra price, you can get air conditioning, special painting and increased speed range.

“We have to two models that we want to certify right now,” said Muresan.

GTG will also work on developing another vehicle with a 1-ton transport capacity. It will be launched next year. He says that this vehicle will allow for deliveries inside the city.

“We are aiming to have a European exposure, if possible,” said the entrepreneur.

The company aims to have its own assembly facility operational by February 2019 financed through the Regional Operational Program. The total value of the investment stands EUR 1.6 million, out of which EUR 1 million is an EU grant. The production line will be placed in Baia Mare, on the grounds of a former production plant. It will have 20 employees and some of the people have already received training for the assembly of the future cars. 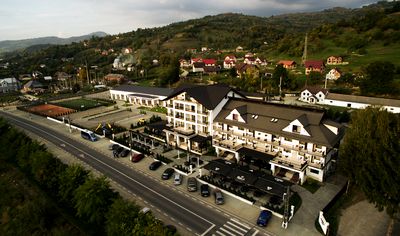 The initial plan is to manufacture 10 cars per day and 200 per month. The annual output could stand at 3,000 to 4,000 units. The car parts that will be assembled in Romania are coming from five countries.

“We will start with smaller quantities,” said Muresan.

“The production hall will cover 2,600 square meters. We are also planning to have a testing track for the cars,” said the entrepreneur.