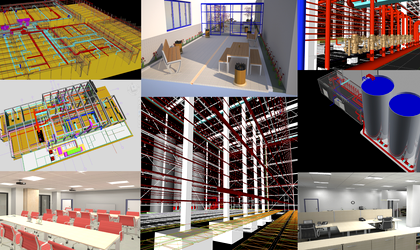 Today’s story is about F Haus, the Romanian firm providing construction and installations services for international companies in Western Romania and abroad. Iuliu Follert (51) founded the company in 1992 in Satu Mare shortly after graduating from the Faculty of Constructions in Timisoara, with a specialization in installations.

Iuliu says that immediately after graduating he “refused the inertia of the communist system” and founded one of the first private companies specialized in the trade sector. He later developed the company towards the area of constructions and installations based on what he learned at the faculty.

Read another #Makeithappen story here: After a 20-year career in IT, a Romanian entrepreneur made a business out of grinding cereal using an old-fashioned stone mill

The entrepreneur says that the initial investment in the company was “insignificant from a financial perspective, but it was huge from the point of view of the work and stress.” The hard work paid off. From two employees in 1991 the company reached 85 this year and the business is further growing so there are needs for the employment of another 20-30 people.

In terms of turnover, the Iuliu says the plan is to exceed last year’s value of EUR 3 million.

Up to now, the total investment in the company reached EUR 2 million and the entrepreneur also tapped EUR 750,000 worth of EU funds for development.

Read another #Makeithappen story here: Good things do happen to those who wait! Gevalco, the company that paid its dues and now manufactures components for Airbus

F HAUS is providing general entrepreneurship for constructions, exterior works, mechanical and electrical installations. The company is also making its own tubing for ventilation and other parts for metallic structures and installations.

Asked about the main challenges his company has faced up to now, Iuliu mentions the first contracts for general entrepreneurship worth several million euros, the first project in Germany and the start of the production for the ventilation tubing. The contracts for general entrepreneurship secured by the company reached EUR 6 million for an industrial hall. In Germany, the company handled the thermo and waterproofing installations for apartment blocks in one project and was also assigned a general entrepreneurship contract for the repartitioning of offices. The company was also involved in the installations development for a hotel in Frankfurt.

MI7 Plus, the Romanian financial start-up founded with Wall Street ambitions: “OK! Let’s build a product and sell it!”