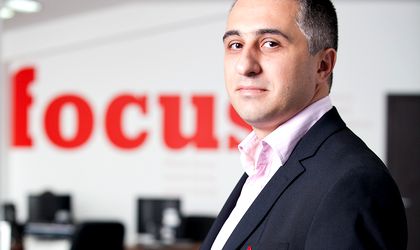 “Thirteen years since the foundation, eMag got where we did not even dream at that time. It is in pole-position to becoming a large player in European retail, and has all the chances to make history over the next years with its strong team. To me is the American dream come true and at the same time an accomplished mission. (…) I am and always will be very close to eMag but I believe I have reached my utmost potential reported with the company’s development level. It is time to go to a new stage and dedicate myself to starting or supporting other projects. I would like to help young people with ideas to make them reality faster, an opportunity we built by ourselves at eMag in the first years,” said Apostolescu.

eMag.ro is Romania’s largest online store, which posted revenues of EUR 187 million last year, and hopes to achieve a 40 percent turnover growth this year, to at least EUR 262 million, according to its general manager Iulian Stanciu.

eMag plans on introducing types of products this year, such as food, sportswear, car accessories and fashion items. Initially an IT&C online store, eMag gradually became a generalist retailer, adding books, cosmetics, toys and insurance to its portfolio of products.