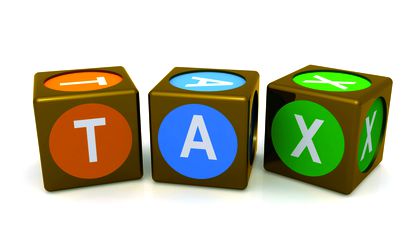 Representatives of the business environment have welcomed the government’s intention to cut the social insurance contributions (CAS) paid by employers by 5 percentage points, but fear that new tax hikes could be rolled out to plug the resulting budgetary shortfall.

The reduction of the CAS was approved by Parliament in July and was sent to President Traian Basescu for rubberstamping. The president, however, asked for an impact study for this measure, and summoned Prime Minister Victor Ponta to an official meeting last week. The sit down took place behind closed doors and the prime minister was joined by Ioana Petrescu, minister of finance.

Details of the discussion were published by the presidency shortly after the meeting. They showed that neither PM Ponta nor Petrescu could say clearly how the government was going to make up the shortfall from the reduction of CAS.

Petrescu later defended her position, arguing that the reduction of CAS had been dragged into a political conflict, which was why she had not provided any information. She added that the International Monetary Fund had got these details one month earlier. The reduction of the CAS has not been given the go ahead by the IMF, which wanted to see the clear streamlines of revenue to compensate for any gap in revenues so that the public deficit does not widen.

Cutting the CAS would create an estimated loss of RON 850 million (EUR 191 million) in the last quarter of this year, assuming the measure is approved in October. Next year, it amounts to RON 4.8 billion (EUR 1 billion).

PM Ponta said that the reduction of CAS was covered from a purely accounting perspective through the additional revenue from the fuel excise, the special construction tax and higher collection of taxes from the approval of a new Insolvency Code.

The revenue from the EUR 0.7 fuel excise was initially supposed to go into a special fund for the development of roads and highways. The fuel excise has also hurt the sales of oil companies and subsequent revenues to the budget.

Azamat Zhangulov, senior vice-president of oil company KMG International, told BR in an interview earlier July that its sales had dropped 11 percent year-on-year in April because of the fuel excise.

Mihail Marcu, president of Romanian Business Leaders, an association promoting entrepreneurship in Romania, said the proposed reduction of CAS would be “the best economic measure undertaken in recent years.”

Meanwhile, Felix Patrascanu, managing director of delivery firm FAN Courier, argues that Romania’s labor tax burden is disproportionately higher compared to other taxes. He said that a lot of people in Romania work in the informal or black labor market, which disadvantages fair-dealing companies.

According to Romulus Badea, tax partner at tax consultancy Soter & Partners, this reduction alone will not shrink the informal labor market, adding that a whole package of measures would be needed, such as the lowering of caps on social security contributions. “You cannot have unlimited contributions and limited services,” Badea told BR.

Patrascanu said he had discussed with his business associates granting all employees a 5 percent raise, provided that the cut in CAS is passed. FAN Courier has around 2,700 employees in Romania, out of whom 1,200 are couriers.

“The bad part is that it has been overly politicized and this could hinder the chances of its application from October,” Patrascanu told BR. PM Ponta said the reduction could be rolled out next year if the president decides to challenge it at the Constitutional Court.

“In the sarabande of the increase of taxes (special construction tax, new fuel excises) the 5 percentage point reduction would have provided a breath of oxygen for companies,” said Patrascanu. “But I am afraid that all the potential gaps from the (e.n. reduction) of the CAS could bring other tax hikes.”

Dragos Anastasiu, president of Eurolines, the transport and tourism group, agreed and said that he would use the additional funds from the tax cut for development and investments.

25 years of FAN Courier: A Model of Entrepreneurial Success in Romania