25 years of FAN Courier: A Model of Entrepreneurial Success in Romania 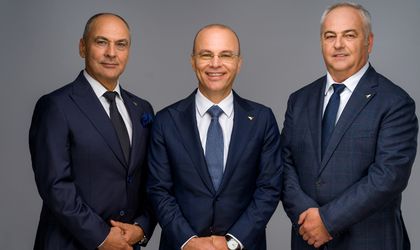 This month, FAN Courier, the leader of the local courier market and one of the most popular Romanian brands, founded in 1998 by Adrian Mihai, Neculai Mihai and Felix Pătrășcanu, celebrated 25 years of activity.

On January 16, 1998, FAN Courier received its first delivery order, first of several hundred million shipments that would follow over a quarter of a century. In its 25 years of activity, the company has been a pioneer in the modern and competitive courier industry, actively participating in the development of the courier market in Romania and being currently estimated at 850 million euros. In a quarter of a century, FAN Courier has become one of the largest employers in the economy, with 8,000 employees and collaborators working there today. FAN Courier is one of Romania’s most successful entrepreneurial models after 1990 and one of the most innovative domestic companies. The company has invested almost a quarter of a billion euros in development. In 2023, FAN Courier aims for a 12% increase of business, after exceeding the threshold of 1 billion lei turnover, in the past three years.

Born in the town of Fitionești, Vrancea, 4 years apart, neighbours and friends since childhood, Felix Pătrășcanu, Adrian Mihai and Neculai Mihai founded FAN Courier at the end of 1997, following a weekend meeting. Until then, each of them had had his own life plan, independent of the others:

The landmarks of a successful business: courage, vision, innovation, modesty

FAN Courier has been the pioneer and development engine of one of the first economic sectors in Romania, in the past 30 years, based exclusively on private capital and initiative: the courier services. The company started its activity 25 years ago when, in Romania, almost nothing was known about this type of services and, most of the time, people simply equated couriers to postmen. Relying on seriousness, fairness and courage, FAN Courier quickly became a viable alternative to the existing offers on the market at that time, thus leading to the birth and the rapid development of a barometer industry for the economy. Thus, less than 10 years after its foundation, FAN Courier became the engine and the leader of the courier service sector, a position it has permanently consolidated over the past 17 years, through vision, strategy, investments and innovation.

“You are always on time!”, FAN Courier’s motto at the beginning of this business, has become “Anywhere, with pleasure.”, a promise and a commitment undertaken and constantly observed in the company’s relationship with customers. This slogan is based on the company’s adopted strategy, on its mission, on its vision and on its values.

From one customer per week, at the start of this business, today FAN Courier serves more than 55,000 customers per day. If in 1998, it had an average of 7-8 shipments per week, today, FAN Courier delivers around 70 million shipments annually, i.e., an average of almost 300,000/day. Today, FAN couriers transport, all over the country, parcels that, taken together, exceed the weight of 1,000 tons. For this purpose, more than 4,500 vehicles cover an average of 130,000 km every day. Basically, FAN couriers cover, every week, a distance equivalent to the one from Earth to the Moon and back. 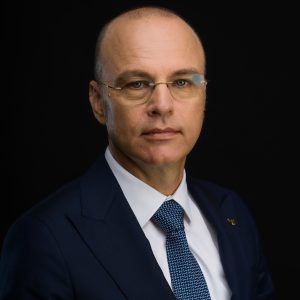 Adrian Mihai, CEO & Co-founder of FAN Courier: ”FAN Courier is a dream come true. For us, 25 years mean every person we’ve worked with over time, every courier, every customer we’ve helped develop their business and with whom we’ve grown as well. 25 years in which we built from scratch, we made mistakes, started over, we learned from our experiences, we invested and reinvested, we developed, our customer being always at the centre of our concerns”.

From an initial capital of 5,000 dollars, FAN Courier has made, in its 25 years of activity, total investments worth 224.5 million euros.

The company made its first investment in 2001, an investment that was worth 9,000 euros, but the firm’s biggest investment project was the construction of the HUB in Ștefănestii de Jos, which cost 25 million euros. The HUB in Ștefăneștii de Jos alone, equipped with a sorting belt with a capacity of 39,000 parcels/hour, spreads over an area of 100,000 square meters. 2018, 2021 and 2022 were the years with the highest investments in the 25-year history of FAN Courier: over 30 million euros. In 2022, FAN Courier inaugurated, in Cluj-Napoca, the second largest regional HUB, following an investment of 14.5 million euros, an important transit centre for shipments from the North and West of the country. 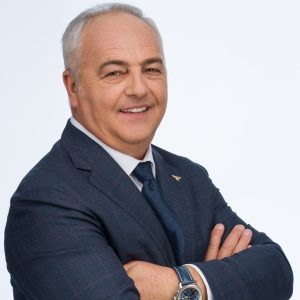 Felix Pătrășcanu, Co-founder of FAN Courier: “As a child I dreamed of becoming a judge, as a teenager I dreamed of being a great athlete, bathing in glory with the team. I studied law and I was already seeing myself as a vigilante, dispensing justice. If someone had told me then that I would do entrepreneurship, I would have laughed. It had never even crossed my mind. And here we are today, celebrating 25 years of entrepreneurship. I don’t know when this time has passed, I just know that we have always worked very hard, often until 1-2 o’clock in the morning, we regarded everything we did very seriously and we never deviated from that, neither when we had a single client nor now when we have hundreds of thousands. I like where we are now, but looking back, I also remember how difficult it was. Everyone says that, when you’re an entrepreneur, you are your own boss and you have freedom. Only, when you have thousands of people behind you who depend on you, you don’t really have the freedom to do what you want anymore.” 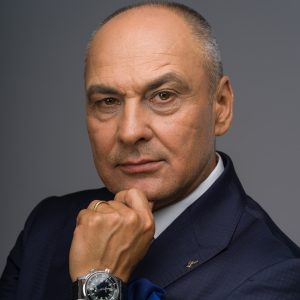 Neculai Mihai, Co-founder of FAN Courier: ”The three of us left our home in Fitionești, with a few things that we had learned, and these things have guided us throughout all these 25 years. If you start something, finish it whether you like it or not. Then, something very important, be courteous in everything you do and in your relationship with others. And, equally important, you should be ashamed of being lazy and not working. If you want to have a tomato in your garden, you have to plant it and take care of it, because nobody hands anything to you, you have to work for everything, nothing just falls on your lap. Apparently, there are a few simple things that every young person should start with in life.  But these things are crucial to everyone’s path in life. We have strictly abided by these things, both in our business and in our personal life, and here we are now, celebrating 25 years of entrepreneurship, 17 of which were spent in the position of market leader”.

FAN Courier’s development strategy over the past 25 years has focused on innovation, anticipating customer needs and developing online retail. FAN Courier is the first company in the courier industry that understood the potential of e-commerce and chose to increase its productivity by automating its processes. In 2010, the company installed, in the main warehouse it operated, the first parcel sorting belt in Romania. Almost half of the 10 million euros allocated to investments that year, was spent on the installation and commissioning of that belt, which had the capacity to sort 9,000 parcels per hour, far exceeding the employees’ productivity. Later, an envelope sorting belt was added to that parcel sorting belt and today, all the company’s large warehouses in the country are equipped with sorting belts that support the growing demand for courier services and eliminate sorting and shipping errors. Investments and innovation became FAN Courier’s development engines after 2007, when the company faced the most difficult situation in its history, amid the postponement of an investment. Investments turned into a net competitive advantage with the introduction, in Romania, of the Black Friday discounting campaign. This campaign became the second most important activity peak of the year, in the trade and courier service domains.

Innovation, as FAN Courier’s development policy, has been used in many directions, with the aim to fulfil and anticipate customer needs. Thus, FAN Courier was the first company to create fixed parcel collection points outside working hours, by introducing its Collect Point service and it continues to invest in advanced technological solutions such as lockers, which were introduced for the first time on the Romanian market, by the company, in 2016. The FANbox locker project is currently under development, with 1,000 units already contracted and the possibility to increase that number if the market continues to show interest in this type of parcel pick-up and drop-off service. Besides, FAN Courier was the first courier company to introduce card payments for end customer, as well as solutions meant to eliminate customers’ dependence on couriers when delivering/picking up shipments.

Today, the FAN Courier team has over 8,000 employees. Annually, as the business develops, FAN increases the number of its employees at an average rate of 5% per year. 2020 was the year when the company recruited the most: over 1,000 people, most of them coming from industries affected by the pandemic.

Faced with the staffing crisis in Romania, FAN Courier has chosen to recruit and invest in staff training; thus, every year, part of the investment budget is dedicated to employee training. In order to cover staffing needs, the company provides transportation for employees from neighbouring areas, up to 110 km away. Thus, in 25 years, FAN Courier has become one of the largest employers in the economy and one of the most important contributors, through the fees and taxes paid to the state budget. In the first 20 years alone, the company transferred contributions worth almost 800 million lei to the state budget.

Innovation has also been on of the key areas in the way FAN Courier is organised and operated. The company has constantly encouraged and supported the professional development of its employees, it created a top management team, as a secondary decision-making level and it introduced, in 2022, an Advisory Board, comprising independent experts, with the aim of identifying the best development directions for the future.

In the last five years, FAN Courier has included new development directions in its strategy. Thus, in 2019, FAN became the majority shareholder of SLS Cargo, a company founded by a Romanian entrepreneur, which adds to the company’s portfolio of services. In 2021, the company launched FAN Delivery, a personal shopping platform aimed at customers who need their products delivered within maximum of 2 hours. In 2021, FAN Courier also opened its operations in the Republic of Moldova, as part of an international development project. Besides, the company, which is the first firm in Romania to sign The Climate Pledge agreement, has started the process of reducing its carbon footprint. Thus, FAN has included 40 electric vehicles in its fleet and it started investments for the production of electricity using photovoltaic panels.

In 2023, the company is counting on investments as well, the most important projects being the expansion of its headquarters in Stefăneștii de Jos, developing its locker network, digitisation, and the expansion of several HUBs in the country.