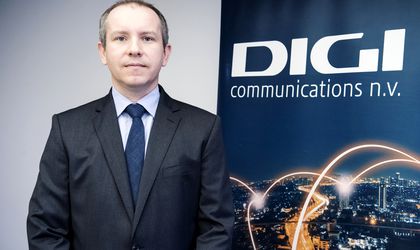 With reference to the announcement issued on Thursday, March 26, by the Hungarian Communications Regulatory Authority, DIGI Communications N.V. considers the decision to finalize the 5G frequency tender in a fast-track manner to be controversial and unfair and also defying the legal action taken by Digi Communications N.V., whose participation to the auction was rejected in September 2019.

“We are deeply disappointed with the decision of the National Communications and Media Authority (NMHH) to conclude this controversial tender procedure. Digi Group has taken actions in court to request the suspension of the procedure and has not received the final verdict so far. We believe the manner in which the authority handled this tender by disregarding our legitimate requests in court contradicts the very mission of this institution which is to ensure effective competition conditions for the ultimate benefit of consumers and users.” said Serghei Bulgac, CEO of Digi Communications NV.

Digi Group considers that, by discouraging competition and blocking the access of a fourth mobile operator to the spectrum, the Authority drastically reduces chances of consumers to purchase basic services at competitive prices. According to the studies on mobile internet tariffs in EU countries released by the European Commission[1], in 2019, Hungary was among the countries with the most expensive access to mobile data in Europe. Hungarian consumers pay much higher rates than users in developed markets such as Austria, Germany, the UK or France. It is reasonable to say that the NMHH decided to maintain the strategy of the past, by which new competitors access to the market for voice and mobile data services are prevented. Thus, unfortunately, Hungarian citizens might continue to pay the highest fees for basic mobile communications services in Europe over the next 15 years.

Lack of competition as well as high price levels that the public in Hungary paid over the past years put Hungary on the last place in Europe with respect to mobile internet adoption rate.[2] A position that is likely to remain unchanged in the future. Recently, we have discovered how important modern communications means are and the way these services help us to be connected to loved ones. Yet, with astonishment we find that only 60% of consumers[3] have access to mobile data in Hungary. Knowing that 40% of the population does not have access to mobile internet services in the existing 2G/3G/4G frequency bands, we cannot understand why the Authority chose to exclude a new operator and refused to hold up the procedure until its legal remedies are evaluated just to assign frequencies for the next 15 years in 5G spectrum bands in a fast-track manner which disregards the consumers’ interests. 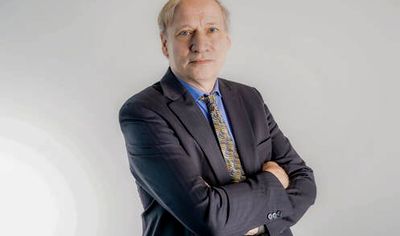 Considering the current European context, when electronic communications services are vital for large categories of the population and consumers need easy and affordable access to these services, the Authority’s decision to end this procedure briefly is contrary to the public interest.

In these circumstances, we are even more determined to continue the legal procedure and challenge the unfair exclusion from this auction, in the interests of consumers and the market, both entitled to receive accessible mobile communication services. The hardships we must endure and those that we will undoubtedly meet in the future, will not stop our company to continue developing mobile services and assure our customers that we will keep close to their demands, as always.

Taking into account the importance of a frequency auction to be conducted in a fair, transparent manner and in full compliance of the law and consumer interest, Digi Hungary asks the Authority to cancel the auction decision and resume the procedure assuming in full its independent market arbiter role.

Demand for new smartphones and 5G to fuel 4.5% annual growth in telecoms...