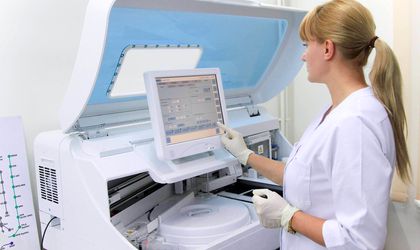 With Romania among the European Union member states with the lowest share of expenditure on research and development (R&D), involvement in public-private partnerships (PPPs), which are backed by the European Commission, the executive arm of the EU, could help strengthen cooperation between public institutions and private players in the country. They could also lay the foundation for the education of tomorrow’s employees.

Romania allocated 0.49 percent of its GDP to R&D in 2015, according to Eurostat, the statistics office of the EU. This was the second lowest figure of all member states, well below the average allocation of 2 percent of GDP across the bloc.

“The R&D field might be a privileged one, as major funding from the EU is available for projects in this area and, therefore, investors might be tempted to opt for a PPP project for R&D undertakings. Such a project in R&D or education could offer the two partners the chance to share their research and educational infrastructure, knowhow and highly qualified personnel for the purpose of generating, for the use of both partners, better knowhow, patents, shared expertise, reputation – all at shared costs,” Anca Albulescu, partner and head of the real estate and construction department at law firm bpv Grigorescu Stefanica, told BR.

The EC has already launched several contractual PPPs of strategic importance to European industry that are set to leverage more than EUR 6 billion of public investments to develop new technologies, products and services. EU money will be spent on researching the factories of the future, energy-efficient buildings, robotics, advanced 5G networks for the future internet, high-performance computing and green vehicles.

Creating the “Laser Valley” near Bucharest

Research carried out in Romania and marketed locally and across the world could become reality in the coming decades, as next year should see the completion of construction works at the Extreme Light Infrastructure – Nuclear Physics (ELI-NP) project. The facility is being developed in Magurele, 12 kilometers southeast of the capital, and is part of a pan-European project with units in Hungary and the Czech Republic.

Although the project is being financed directly by the European Commission, ELI-NP will look for partners in the private sector to turn the research output into products and services that could be used across Europe.

The facility in Magurele got over EUR 140 million from the EC last year for the continuation of construction works. As for the researchers that will work here, the director of the ELI-NP, Prof. Dr. Nicolae-Victor Zamfir, said at an event organized last autumn by BR that it was hard to recruit young researchers.

The population of researchers in Romania shrank from 23,000 to 17,500 full-time employees over 2005-2015, according to Eurostat. Furthermore, the private sector and government have posted a similar level of R&D outlay as a share of GDP.

While research for the factories of the future is a long-term project, foreign investors in Romania have taken the initiative to make sure they have trained staff in the manufacturing sector today.

German, French and Austrian investors are leading initiatives in the country, in partnership with the government, for the development of a dual education system.

“Several German investors were able to start cooperating with Romanian schools right before the enforcement of the new law (for PPPs e.n.) and we believe the new legislation will provide new opportunities for collaboration. So we expect education to be one of the main fields to attract German investors’ interest in PPP projects,” Anca Hociota, manager of membership services and vocational training at the Romanian-German Chamber of Commerce and Industry (AHK Romania), told BR.

The automotive sector has been one of the main fields in which private companies have worked extensively on promoting the dual education system.