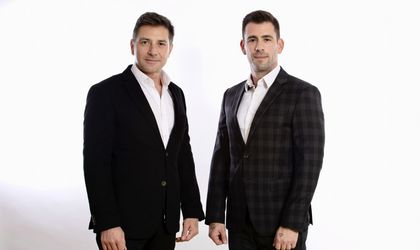 Ozan Tuncer becomes the new CEO of Cosmopolis, the largest residential project in Romania built after 1989, with over 14,000 inhabitants. Ozan Tuncer will take over this position from Ahmet Buyukhanli, who remains the main shareholder of Opus Land Development, the developer of Cosmopolis.

In 2022, the company has allocated investments of 30 million euros and aims to build at least 500 new units, along with a new strip mall and the expansion of road infrastructure.

“After 14 years since we laid the foundations of this unique community in Romania, Cosmopolis is entering a new stage of development. We have exceeded the threshold of 14,000 residents, we are the first choice in terms of new housing in the north of the Capital, and all these years of sustained development have proven that we focus on selling a lifestyle, not just square meters. Ozan Tuncer has been with us for almost 10 years, successfully fulfilling the role of Chief Financial Officer. I am confident that he is the right person to take on the role of CEO and carry out Cosmopolis’ development plans, while maintaining the vision and mission of Cosmopolis, “said Ahmet Buyukhanli, a major shareholder in Opus Land Development.

Ozan Tuncer is a graduate of the Faculty of Economics. He started his professional career in 2000 at Meteksan Sistem, a Bilkent Holding group company. Meteksan has been Turkey’s leading IT integrator, primarily active in the defense, education and financial industries. In 2005 he was appointed Chief Financial Officer of Meteksan Romania for the group’s first activity abroad. In 2009 he joined Synergy Construct, a top general contractor in Romania, active in residential, commercial and industrial projects. He held the position of Chief Financial Officer of Synergy until 2012, when he joined Opus Land Development as CFO. 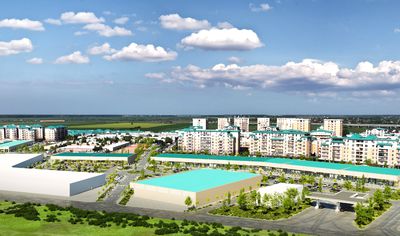 “I am just honored. I was present from the first years of Cosmopolis, I saw how it came to life and how it developed into what is today the largest real estate project in Romania, a unique concept. I am one of the 14,000 residents who award Cosmopolis the title << home >>. The professional goal is that in 2022 Cosmopolis will remain the most important standard on the real estate market.”, said Ozan Tuncer, the new CEO of Cosmopolis.

In 2022, Opus Land Development has allocated an investment of 30 million euros and aims to build at least 500 new units in Cosmopolis, both apartments and villas, along with a new strip mall and the expansion of road infrastructure.

Cosmopolis, the largest residential project in Romania built after 1989, will reach the end of this year with over 5,000 completed homes and a community of over 15,000 inhabitants, following cumulative investments of over 350 million euros, one of the most large investments made in a real estate project in Romania.