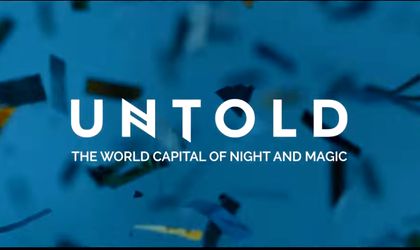 Untold Festival’s popularity is growing among foreign music lovers. Between 4-7 August, 30,000 traveled to Cluj-Napoca to attend the concerts held by an impressive line-up of world-famous DJs and bands.

According to a statement released by the General Inspectorate for Immigration – Immigration Service of Cluj county, 30,000 foreigners traveled to Romania to attend the festival. The festival, currently in its second edition, attracted a crowd of 300,000 over four days.

Untold Festival is the largest electronic music festival in Romania. For many, the highlight of the festival was a five-hour concert by Dutch DJ Armin van Buuren, which saw 40,000 people dance until sunrise. The festival ended with a pyrotechnics how and a video projection, suggesting that 2017 will see the third edition of the festival.

“The Untold concert was, again, one of the best of the year. As a DJ it is a dream to have concerts as long as possible because everyone has short sets. This is not necessarily bad, but I like concerts of at least four hours, because at the beginning of my career I would mix continuously for 4-5 hours. For me, as a DJ, to have the opportunity of a five-hour concert in front of 40,000 people is amazing. I cannot compare the two concerts. The one last year was among the best of the year, and now it was a concert that lasted more and in the end I couldn’t believe that there were at least 40,000 people and the sun was rising,” the DJ told Mediafax.