BR Analysis. The most expensive real estate projects in Romania 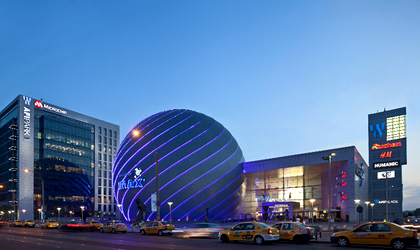 The Romanian real estate market is going through a positive period, as there are large, mixed projects that combine homes, offices and retail such as Isho Timisoara or Timpuri Noi Square, as well as combining retail and offices, in projects like Openville Timisoara or AFI Cotroceni.

Things are moving fast on the market, even on the retail side, where important cities are already occupied by large and medium-sized shopping centers (although there is still room for others), and practically the market is dominated by just two players: the South Africans at NEPI Rockastle and Romanian Iulian Dascalu, plus Immofinanz, with four shopping centers but now focused on office development.

Along with these there are the Israelis from AFI Europe, with two existing malls (AFI Cotroceni and AFI Ploiesti) and one under construction – AFI Brasov.

In the case of offices, the most active investor/developer is Globalworth, the company founded by Ioannis Papalekas, with a portfolio of about EUR 1 billion, some of the projects such as Green Court or Nusco Tower being purchased, others such as Globalworth Tower or Globalworth Campus, developed by the company, some completed, others still under construction. 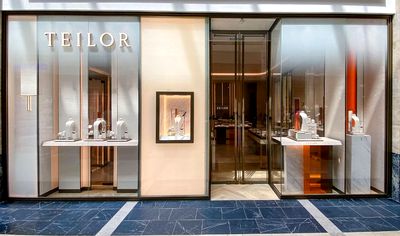 Currently, the market is controlled in terms of the properties owned by NEPI Rockastle, mainly focused on shopping centers, Globalworth (offices) and Immofinanz (offices and retail). However, Vastint, the real estate division of Ikea, has gathered an important collection of real estate projects.

Vastint develops New Times Square, a project that will include, upon completion, over a number of years, offices and retail and housing, Business Garden office project of 41,000 sqm, and prepares another mixed project, predominantly residential on a 48 hectares in Sisesti.

Also, Iulian Dascalu, who avoided entering the Bucharest market with his company Iulius, seems to have changed his principles and will develop a project at Romexpo, in a partnership with the owners of the site. Dascalu is present in all the other 3 major cities of the country, in Iasi, with Palas and Iulius Mall, in Timisoara with Openville and in Cluj-Napoca, with Iulius Mall.

The most expensive real estate project, in terms of investment, but as value as well.

”From the information that we have, we estimate that only the properties in the retail sphere fall into the top, the most expensive in the office, hotel and industrial spheres being slightly below the limit of 200 million euros”, explains Gabriela Bosînceanu-Otea, senior associate Valuation and Advisory Services at Colliers International Romania.

There are two special cases here, as well. First of them Baneasa Shopping City developed with an initial sum of EUR 150 million plus EUR 22 million for an extension.

Now, the shareholders have a budget of EUR 1.7 billion for the whole project (office, retail and residential) until 2026, which will include investments of EUR 323 million in the expansion of the commercial platform, with about 127,000 square meters compared to the surface of over 80,000 sqm which the commercial center currently holds, EUR 302 million for the development of office space and aroun EUR 1.08 billion for residential projects.

The other special case is Coresi project in Brasov, which include retail, office and residential components, and if the scheme goes according to plan the around EUR 200 million investment in the present can reach a value of EUR 700 million, according to Tatian Diaconu, CEO of Ceetrus (ex Immochan).

Finally, the only residential project present in this top is Cosmopolis. EUR 300 million have invested there Turkish Opus Land and Development in the last ten years, creating a few thousand people community in Stefanestii de Jos, near Bucharest.