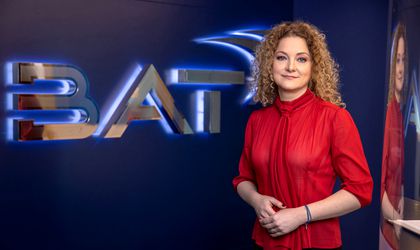 Romanian consumers of tobacco heating products such as glo state they perceive significant physical and lifestyle improvements after switching from smoking to tobacco heating products. The latest IRES study concluded in the first half of 2022 highlights key findings in Romanian consumers` perceptions: according to the respondents, THP products have less negative impact on their physical condition, leave less unpleasant smell on their clothes and hands, and their teeth are less affected.

Romanian consumers who are using glo indicated improvements in their physical condition when using glo versus smoking:

Consumers want satisfying reduced risk products, IRES study highlights. Most consumers who have given up smoking completely after switching to THPs state that they did so due to their reduced risk potential (71%), but also because they consider these products satisfying (65%).

The outcomes of this consumer research show that consumers are willing to seek out alternatives to smoking and legislative restrictions might revert the encouraging results obtained up to present. Thus:

”Consumers’ voice is one of the most relevant barometer in determining the most efficient, long – term and sustainable tobacco harm reduction strategies. This is the 3rd edition of the IRES consumer perception study highlighting that Romanian consumers who switched from smoking to glo perceive increased physical and social benefits versus smoking. We are happy to observe the study results are sustained over the years and this is a step further in our strategy of building A Better Tomorrow™ and reducing the health impact of our business. Every consumer that switches from smoking to reduced risk* products is a step forward in our journey for A Better Tomorrow™.

The recent results add to the increasing weight of scientific evidence that supports glo as a less risky* alternative for adult smokers who would not otherwise quit. These are all relevant instruments that will better inform the consumers and the regulators on THP`s potential in tobacco harm reduction,” said Ileana Dumitru, Legal and Public Relations Director of the Central and Southern Europe Area at BAT.

“It can be said that Tobacco Heating Products are the softer version of tobacco use, without necessarily being affected by the negative association with this vice. THP is more socially accepted, people feel better and has the advantage of possibility to use in places where traditional tobacco is prohibited. More importantly, it appears to be an intermediate step to quitting smoking, since the proportion of those who quit smoking completely is 50% higher than of those who would return to traditional cigarettes in a scenario of restrictions on the use of THP,” Dan Jurcan, research director at IRES stated.

The study was developed by IRES for BAT Romania and its conclusions are based on the perceptions of a representative sample group of consumers who use THPs and who have completely or partially quit smoking. The respondents were asked to compare THPs use (tobacco heating products) versus smoking, being widely acknowledged that tobacco burning is what leads to potential harm associated with smoking. The study was carried out by IRES between April 14th and May 12th, 2022 and 848 THPs users were interviewed. All respondents used THPs for at least six months and smoked for at least a year before switching, long enough for perceiving any differences. The research team used the CATI (Computer Assisted Telephone Interviewing) collection method.

What are reduced risk* products? Vapour products, THP and oral nicotine products are all products that are designed not to burn tobacco – and some do not even contain tobacco. It is generally accepted that it is the toxicants released from the burning of tobacco that causes most of the smoking related disease. On the other hand, nicotine – while addictive – is widely acknowledged not to be the main cause of the health risks of smoking. For this reason, these alternative nicotine products have the potential to play a part in tobacco harm reduction strategies by offering alternatives to smokers who want to continue to consume nicotine and would not otherwise quit smoking. Over 300.000 glo devices*, BAT`s most innovative Tobacco Heating Products, are already used by adult smokers in Romania.

What is Tobacco Harm Reduction? Tobacco Harm Reduction is a public health strategy that recognizes the risks associated with smoking and aims to minimize the impact of smoking on health by encouraging those adult smokers who would otherwise continue to smoke to switch completely to science-based alternatives, with low risk.

BAT and One Night Gallery bring FULL SPECTRUM EXPERIENCE at SENAT Gallery in...