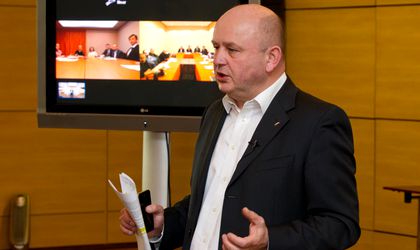 “George and his team had a significant contribution in positioning Romtelecom as a strong player on the business market in Romania, the company being a market leader on the market of landline telephony and internet as well as VPN,” said Stefanos Theocharopoulos, general manager of Romtelecom.

“Over the next period, we will announce the person who will take over teh responsibilities of executive commercial director for the business segment in Romtelecom. Until that moment, this position will be temporarily covered from the internal resources,” according to the company officials.