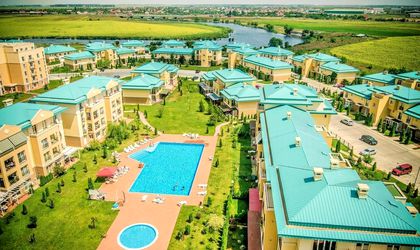 Opus Land Residential Development, the developer behind the Cosmopolis residential project in Bucharest, has sold 258 housing units in the first five months of this year which is up by 10 percent y-o-y compared to the same period a year ago, according to the company.

“There are now over 5,000 residents, most of which are young families with kids but also young individuals. Sales are up by over 10 percent above our expectations. This year we will build another 40,000 sqm of housing units,” said Ahmet Buyukhanli, the CEO of Opus Land Residential Development.

Cosmopolis is located in the north-east of Bucharest. Construction started in 2007 and it has now reached some 2,300 housing units – apartments, townhouses and individual houses. The developer says it has the potential to add another 7,000 units to the already existing ones.

So far Opus Land Residential Development has invested EUR 280 million in the project, according to its data. The most recent investment is a EUR 2.2 million strip mall totaling a gross leasable area of about 4,100 sqm. It features some 40 stores including restaurants. The next planned investment is a 2,200 sqm fitness center which will also feature an indoor pool.

Prices start at approximately EUR 46,000 for studio apartments and go beyond EUR 250,000 for individual houses. 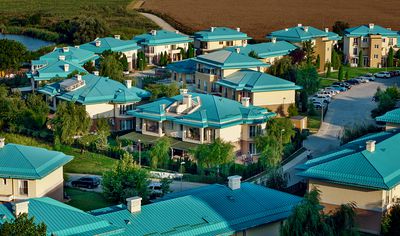