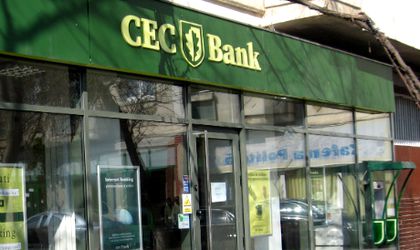 CEC Bank ended the year 2017 with a gross profit of RON 222.7 million, thus recording the best financial performance of the last ten years, as a result of the successful implementation of the adopted strategies and the sustained efforts of the Bank team. The net balance at the end of 2017 was RON 31.65 billion, up 12% than in 2016.

The result was the increase in the balance of new deposits from bank and non-bank clients, which supported the positive evolution of the assets generated by the lending activity. This led to the increase of the market share by assets, from 7.16 percent at the end of 2016 to 7.42 percent at the end of 2017, thus maintaining the position of the Bank in the top 7 banks in the Romanian banking system. In 2017, the loan portfolio of corporate clients increased by 9 percent compared to 2016, while at the level of the banking system this indicator registered an increase of only 3 percent.

The balance of deposits attracted from non-bank customers registered a 4 percent increase in 2017 compared to the previous year, given that the Bank has enough liquidity and has applied a policy of tempering the attraction of these sources. The rate of non-performing exposures on credits and advances recorded a decrease of 2.84 percent at the end of the year compared to the level recorded at the end of 2016. The rate of non-performing loans from to individuals, at 2.91 percent (below the average of 5.75 percent in the banking system), reflects a high quality of the loan portfolio to individuals.

The bank’s clients benefit from a national network of 1,217 ATMs and 6,040 POS, as well as full service Internet Banking, Mobile Banking and Phone Banking. CEC Bank is the top 10 bank with the largest territorial network with a total of 1,022 units, of which 480 are located in the countryside, preserving its leadership position after the crisis. 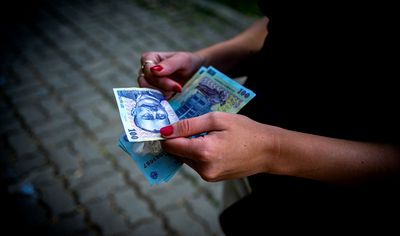 „According to the assumed mission, CEC Bank continues to support especially SMEs, agriculture and local public administrations, with special attention being paid to the co-financing of projects funded by European funds, for 2018 we have proposed an increase in activity, especially in the area with a visible impact on the increase of the efficiency and improvement of the prudential indicators. On 30.04.2018, the Bank obtained a gross profit of 122.6 million lei, significantly higher than the targets assumed for January-April 2018”, says Radu Gratian Ghetea, president of the general director CEC Bank.