The outskirts of Bucharest and the regional cities in central and western Romania will attract a large share of new deliveries in the industrial and logistics segment, with spaces covering more than half a million square meters expected to become operational this year.

In the first quarter of 2019, 109,000 sqm of industrial and logistics space was brought on the market and by the end of the year this figure is set to reach around 620,000 sqm, according to Daniela Boca, head of research at CBRE Romania, the real estate consultancy. This volume would be added to the existing industrial stock of 3.85 million, out of which 44 percent is located on the outskirts of Bucharest. She predicts that certain areas are set to attract more investments in this segment.

“Other hotspots are the western and northwestern parts of the country while the southern part looks like an emerging location for industrial developments. As for the capital city, besides the Stefanesti area, which has transformed the northern part into the second logistic pole near Bucharest, we expect to soon mark the eastern area, close to the A2 motorway, as the third hotspot for developers,” says Boca.

Outside Bucharest, cities like Constanta, Craiova, Roman and Iasi are starting to garner interest from warehouse developers, suggested Silviu Pop, head of research at Colliers International Romania. Some investors are exploring the Moldova region, which has seen a limited number of projects due to the absence of highways. 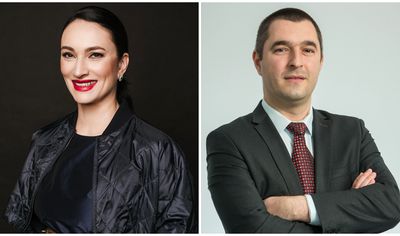 In the first half of 2019, some 200,000 sqm of industrial and logistics spaces were delivered, according to estimates by Costin Banica, head of industrial department at real estate consultancy JLL Romania. This estimate is shared by other consultants on the market.

Future demand in the industrial and logistics segment is linked to the evolution of private consumption. The news has been good for the start of the year as retail sales have gone up by 6 percent compared to the same period of 2018.

Moreover, demographics will be the leading factor for the industry in the next year, predicts Emilian Podaru, head of industrial & logistics at Crosspoint Real Estate.

“All the related markets are focused on this factor. E-commerce, retail and industrial developments are going where they can find demographic density, high incomes and workforce availability. We expect a growing demand for production and logistics facilities in the southern part of Romania in Craiova and Ramnicu Valcea. Also, in the eastern part of the country, the cities of Bacau and Iasi are showing signs of growth,” says Podaru.

Craiova is the city that Romanian developer Element Industrial chose for its second project in Romania, after the one in northern Bucharest.

“We believe that the area surrounding the city will become an important production and logistics hub, considering the significant investments in the automotive industry as well as the new infrastructure projects in the area,” says Muler Onofrei, CEO & co-founder of Element Industrial. The company will invest over EUR 35 million in its Craiova-based park, which will have a leasable area of 60,000 sqm. It will be located near the factory of carmaker Ford.

In parallel, Element Industrial is investing over EUR 25 million to develop a 50,000 sqm project in the Chitila area near Bucharest. The developer has attracted DIY chain Dedeman as an investor in this project. Onofrei suggested that new investments could be launched as “we are considering new locations in both Bucharest and other regional cities.”

Meanwhile, CTP, the biggest player on the local industrial and logistics market, will invest EUR 23 million in Sibiu, another emerging city in this segment.  The first development stage of 13,200 sqm has been recently completed. The company has 15 logistics parks with a total leasable surface of 1 million sqm in Romania. In Bucharest, the company’s biggest asset is CTPark Bucharest West, where CTP plans to increase the leasable surface from 400,000 sqm to around 1 million sqm over the next year.

“The target is to continue growing our local portfolio and to take steps at the international level in order to meet our objective for the end of 2020: to reach 10 million sqm of built space in all the parks we manage at group level,” says Remon Vos, the CEO of CTP. The developer has recently secured a EUR 1.9 billion syndicated loan to refinance its existing loans and fund new investments.

Meanwhile, Belgian developer WDP is working on 300,000 sqm of industrial and logistics spaces on top of the 700,000 sqm it has in operation.

A land covering 16 hectares in northwestern Bucharest was acquired by developer P3 at the end of 2018. The company aims to build a new logistics park spanning 80,000 sqm. The developer already owns a logistics park with a surface of 372,000 sqm near Bucharest, which can be expanded by an additional 100,000 sqm.

In the Chitila area, real estate developer Globalworth is jointly investing EUR 33.5 million in a logistics park with construction firm Global Vision. The project will have a leasable surface of over 136,000 sqm. Globalworth, the biggest office developer in Romania, has also expanded its logistics park in Timisoara.

Distribution and logistics companies are focusing on northern Romania in a bid to take advantage of the better infrastructure and multiple access ways in the area, allowing them more flexibility to target a larger area of Bucharest, says Banica of JLL Romania.

Most institutional-grade investors are looking at the north and northwestern part of Bucharest, where more than 100 hectares are available for future development.

“Nevertheless, access ways and size of the plots are key, as the infrastructure for trucks allows development on just a few locations,” says Banica.

These two parts of Bucharest might see developments of industrial and logistics projects covering more than 500,000 sqm in the next five years, according to a forecast by JLL Romania. This estimate is based on the ongoing projects of companies developing plots larger than 10 hectares each. In terms of available space, the vacancy rate in Bucharest for industrial and logistics projects stood close to 5 percent at the end of last year, while in the rest of the country it headed towards 8 percent, according to Colliers International data. Meanwhile, headline rents slightly grew to EUR 4.15 per sqm.