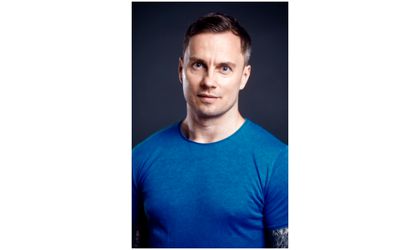 From September 6-8, Bucharest hosts Mastering the Music Business, Romania’s first international event for professionals in the music industry. The conference is dedicated to artists, managers, bookers, promoters, labels, and all other music business professionals. Business Review talked to Ronny Krieger, the General Manager for Europe at Patreon, who will be one of the key speakers at the event.

How did the Patreon story begin and how did you get on the team?

Our CEO, musician Jack Conte, came up with the idea for Patreon in February 2013, as a result of his own financial situation: the small amount of ad revenue he expected from YouTube wouldn’t come close to paying the thousands of dollars he would have to spend on the “Pedals” music video (which eventually cost USD 10,000). He believed there was a small part of his audience who would be happy to help though, and to do so for each future video. He mocked up his vision on 14 pieces of printer paper and since he was unable to build a software platform himself, he reached out to his old Stanford roommate, Sam Yam. Since that day, Patreon has paid over USD 3.5 billion to creators worldwide and it has become the global market leader by membership.

After nearly 30 years in the music industry, a former Beatport colleague of mine, who was working in the Patreon engineering department at the time, reached out to me and told me that Patreon was discussing expansion plans for Europe and that he thought we should talk—and we did. I met Jack soon after, having realised that the company vision matched my professional life mission of supporting independent artists. Even though I was not looking for a new job, this was an opportunity I had to accept and I’ve fully embraced and enjoyed it ever since. It’s a very impactful company with a unique CEO and mission and I have been able to hire an amazing team here in Berlin.

You have an economic and corporate background, having mentioned in previous interviews that your parents wanted a safe career for you. I guess this is the case for most independent artists and creatives. How has Patreon helped them monetise their creativity?

Patreon has paid out over USD 3.5 billion, coming directly from fans. This has supported countless creative projects and brought many wonderful ideas to life. It also means that hundreds of thousands of creators worldwide can make a living from their art. How stunning is that? 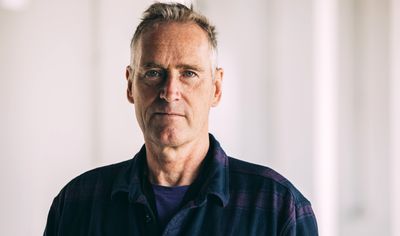 For the past two decades, with the digitalization of the creative industries, many proven and fair income streams for independent artists no longer exist. Many of the digital services that have been launched in the past couple of years have failed­—or have never tried—to become impactful economic alternatives for the majority of artists.

How did you adapt the business to covid times?

Since we’re a digital service provider, covid-19 didn’t have an impact on our business model itself. The vast majority of creator benefits are digital, so the business model was covid-proof.

Many creators lost their income from touring, so we saw a huge spike in additional membership interest.

We had also started to do frequent creator meetups in several markets in Europe, which we certainly could no longer do once the lockdown was in place, so we shifted to digital events for a while.

Are there any figures worth mentioning for Romania? How many creatives are listed on Patreon, and what are their average earnings?

I can’t really give you specific numbers, but I can tell you that we paid out several million euros to creators in Romania last year, and that number has nearly doubled every year so far.

I personally know some Romanian bloggers who use Patreon monetisation. Can you offer an overview of the types of creatives who are using Patreon and their split by category?

In all markets, video and podcast creators generate the largest revenue, then creator verticals differ by country, and they may include gaming, music, visual art, community & writing, etc., in various orders.

Which country has the largest number of Patreon subscribers?

Since it all started in the US, membership continues to be much more developed in the US than anywhere else in the world. So in terms of the number of creators and patrons, as well as money generated, the US is still number one. In Europe, the leading markets are UK, Germany, France, Spain, etc.

Patreon truly is a global company though, with creators and patrons in literally every country of the world.

Can you profile the average subscriber? Gender, age, how much money they spend monthly, etc.

With such a diverse set of creators on the platform, there is no typical subscriber persona and it completely depends on the creator and their content/benefits. Audiences can be as young as 18+, in their 20s, 30s or even their 60s. It really varies.

Spending also varies. From a patron supporting one creator with 1 euro per month, we also see patrons supporting multiple creators with hundreds of euros per month.

Is there any particular case study you could share of a Patreon artist who has had amazing results?

There are too many to single out just one. Once more, it completely depends on the individual scenario. Which art form and interests are we talking about? What is the community like? What are the goals for membership? All these factors influence success or failure. If anybody is interested to learn more about how membership could work for them, I recommend getting in touch with our partnerships team to explore what an individually tailored approach could look like: berlin-team@patreon.com.

Can you explain Patreon’s business model?

Patreon is a membership platform that allows creators to be paid by their fans on a subscription basis. Supporters are referred to as patrons.

What is a creative’s main concern when starting a profile on Patreon?

One of the key blockers for creators, musicians in particular, is the idea that they have to ask for money. “Beg for money” is also a phrase we hear frequently. But that’s not how membership works. You don’t ask for money. You don’t have to ask for support. I often like to use the example of a store. Have you ever gone into a store where the owner greeted you and said, would you please leave 200 euros at my store today and support me? You’d be shocked and leave. That’s not how this works. Instead, the owner would point out their attractive offerings. That’s what would potentially convince you to purchase something. It’s the same with membership. Offer great benefits that are attractive to your audience and keep talking about the great experiences they can get through membership. Share snippets of gatherings, recordings, and other exclusive benefits for patrons, do it frequently, and over time you’ll see more and more or your fans joining.

What does this revolution in the music industry look like from a general manager’s point of view? What about a music fan’s?

I think membership is quite revolutionary for a variety of reasons, and I’m going to mention three of them. First, because it is recurring, reliable income. Any artist knows that traditionally there are periods where you make money followed by periods with no income. These fluctuations can be quite drastic and create existential fears. Membership provides stability and eliminates that risk or fear.

Second, it’s the monetisation of the creative process. Traditionally, artists would experience periods of creating art and then when a piece of art was finished, they could sell it. That could be a book, an album, a tour, a painting, etc.

In the case of music, the ratio between creation and monetisation has shifted tremendously in the past two decades. Before the internet, they could easily be equal. Let’s say a band would record an album for one or even two years. When the album was finished, they’d go on tour. Whenever the band hit a certain country, the album would be released there. They might also have licensing partners for each country because markets acted domestically. In this case, an album’s monetisation period could be equally long as the creation process—or even longer. We are talking a minimum of months, potentially years.

That changed dramatically with the internet as years and months of monetisation turned into weeks. You’d see 80-90 percent of sales during a period of 2-8 weeks, then it would rapidly decline for the vast majority of releases.

With streaming, that window became even shorter. If the platform’s algorithms are not picking up certain benchmarks in week 1 or 2, it’s essentially game over and the doors are closed for playlist inclusions and other such features.

Membership has the benefit that instead of monetising a finished product, you are actually monetising the creative process itself. Technically, that means no budget limits, since you can work on projects for as long as they need to get finished. Or you might never actually finish anything, because you’ll just focus on the creative process and never finish your book, album, etc.

If you do finish a product, you can monetise the creative process itself and on top have all the transactional monetisation possibilities that come with a finished product.

And last but not least, the ownership. All content on Patreon is owned by creators. The creators also know and “own” their audiences. They have all contact details for each individual subscriber, can directly communicate with them without any gatekeepers, and can take these contacts and leave the platform if they ever wish to do so. And all that happens in a safe space, free of bots, haters, and trolls.