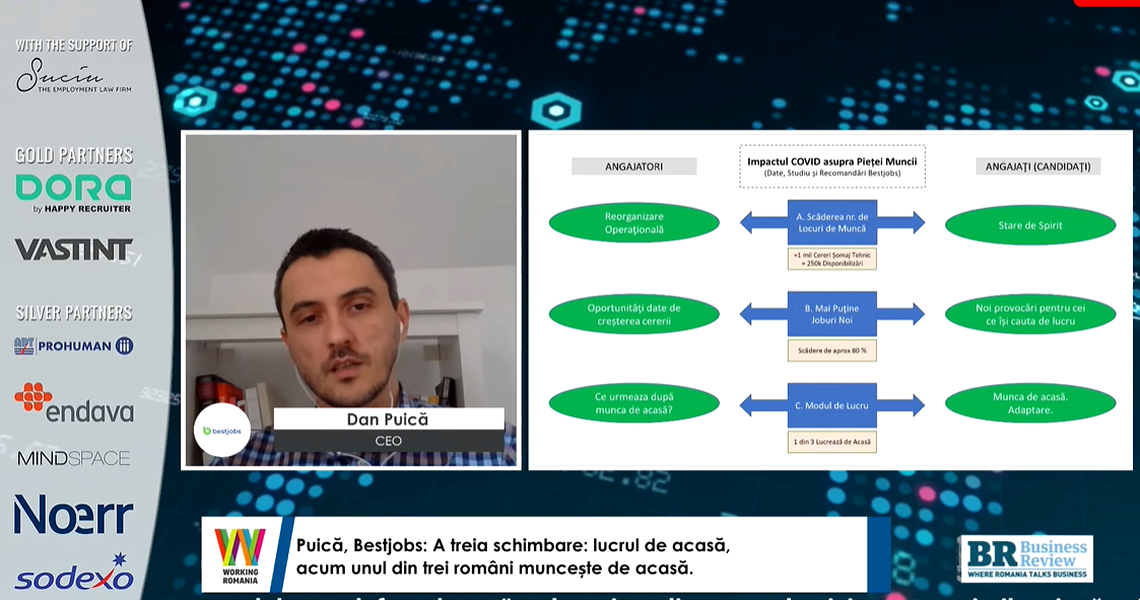 The labor market is going through some major changes. An there are three major transformations for both employers and employees, as Dan Puica, CEO at Bestjobs, said at Business Review’s Working Romania event.

Bestjobs, the online platform for job offerings with more million unique visitors per month, conducted a survey among the users to find out more about the current situation ob the labor market.

The first major transformation is the decrease in the number of jobs at the economy level. After almost a million claims for technical unemployment and 250,000 job losses, it is clear that the situation is bad.

”The mood of employees after seeing the reduction in the number of jobs is not very good. 70 percent of those I spoke to believe that a financial crisis is coming and 67 percent are worried that they will lose their jobs. A large number, 80 percent, are worried that their employer will be affected by the crisis,” said Puica.

”Interestingly, this state of concern has led to a motivation of employees, has led to an increase in their productivity. Productivity related to the desire to show that they are essential employees. On this state of mind, employers can build better for the future, reorganize the business. The management of the activity can be done with fewer people or with fewer working hours. Budgets are changed, companies are focusing on a calibration of investment and spending to ensure that they survive in the market if the crisis stays with us longer,” shows Puica. 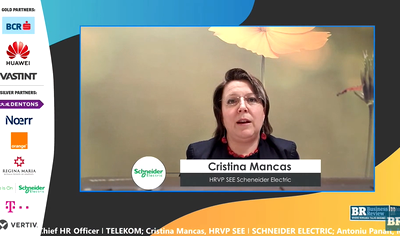 Read more about
Cristina Mancas, Schneider Electric: Open Talent Market is a platform that proved to be a real success
read more

A message for employers is that those who moved quickly and were decisive during this period had something to gain. The mood of the employees allows companies to reorganize without problems now.

”The second transformation: there are fewer new jobs. Fewer published daily and weekly, but here we at least see a return in recent days. Decreasing the number of jobs makes employees face new challenges. Employers are also influenced. The number of positions is lower, while the number of candidates is higher, so they can look for employees better prepared for the job offered,” said Puica.

In March and April there were 60 percent fewer new jobs posted than in January and February. The most affected are SMEs; 70 percent of the remaining offers on the Bestjobs website belong to big companies. The least affected jobs are management, engineering and IT, the decrease is only 30 percent. Instead, the number of applications on offer increased; it has doubled from the previous period.

”As a conclusion: opportunities to recruit top talent can be found now. As employers it would be a waste not to use this context,” said Puica.

The third transformation is working from home, adapting to the new way of working. ”We know that a third of employees already work from home, according to our studies.”

”The numbers of those that adopted work-from-home is great: 90 percent of the employees work well or better from home. There was also a growing interest in terms of searches on the Bestjobs platform, approximately 250,000 searches, out of a total of one million, were made for jobs that offer the possibility to work from home,” said Puica.

Also, 80 percent of employees believe that the virus will stay in the next period. But 85 percent would like to return to the office by the end of June, while only 15 percent said they want to stay at home. ”But 87 percent of employees want to see additional health security conditions at work. Interestingly, 65 percent make holiday plans for the period after leaving quarantine. As a joke, 2.5 percent said their post-quarantine plan is to divorce their partner,” said Puica.

”As employers we need to be prepared for a period of accommodation for employees after they return to the office.”

Tiberiu Csaki, Dentons: Bureacracy and formalism must be brought to a minimum

Cisco Shapes the Future of Work and Unveils New Innovations to Power an...