Talking about BR Awards nominees: Deal of the Year 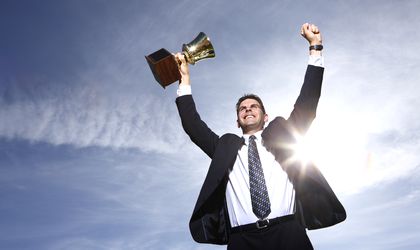 Judging criteria: strategy employed to achieve the turnaround; the amount of time necessary to achieve it; financial and nonfinancial results of the company before and after.

BT finalized the acquisition of Volksbank Romania (VBRO) on December 31st. Throughout 2015, the bank says it focused on both the ongoing increase of its business and on the development of the synergies with VBRO. Following the takeover, BT now has 2.2 million customers, of which approximately 10 percent came from VBRO. Its number of employees has increased to 7,300 employees, almost 400 of which come from VBRO.

Last year the developer bought the Bucharest West Industrial Park project from Portland Trust, Prologis Logistic Park in Bucharest from Prologis and the Deva Logistic Centre park in Deva. The company has thus reached a footprint of approximately 400,000 sqm of built area throughout Romania and has under development approximately 85,000 sqm more. CTP’s declared target is to reach a footprint of 5 million sqm built area in Europe by 2018, while Romania is one of its key markets where it wants to grow.

Fondul Proprietatea for its secondary listing on the London Stock Exchange

Fondul Proprietatea listed on the Specialist Fund Market of the London Stock Exchange on April 29th last year, through Global Depositary Receipts (“GDRs”), as a part of the strategy to increase the visibility of the Fund, its portfolio companies, and Romania among a broader base of institutional investors. The outcome of the secondary listing on the London Stock Exchange was an increasing interest from institutional investors: one third of the Fund’s shares (the maximum limit as per regulations in force) has been converted into GDRs and the percentage of the Fund held foreign institutional investors grew from 54 percent in December 2014 to 59 percent at the end of December 2015.

The City of Bucharest offering was the largest bond issue in Romania to date listed on the Bucharest Stock Exchange, amounting to RON 2.2 billion. The objectives of the offering were to refinance a EUR 500 million bond maturing in 2015, to create a yield curve to benefit from in its attempt to become a recurrent issuer and to mitigate FX rate risk.

Owing to significant demand from the investors, as the demand was twice the value of the offering, the placement was closed in only one day. This offering was the first issue structured as a program on the Romanian market and was the first transaction of this type in Romania to be settled via Clearstream.

The transaction is the largest of its kind in the Romanian healthcare industry. For Regina Maria, this transaction translates into an acceleration of the growth trajectory and a capitalization on expansion opportunities. By 2020, Regina Maria aims to be present in 18 cities across the country, through organic growth and acquisitions, and to maintain a 20 percent year-on-year growth.