Most Romanian retail chains turned a profit in 2013, with Auchan being the exception 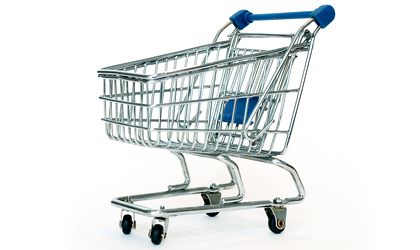 Most of the big Romanian retailers had a profitable 2013, with the biggest winnings going to Kaufland, Carrefour, Mega Image and Penny Market. Meanwhile, Auchan recorded losses after taking over 20 Real units. Financial data for Lidl, Cora and Metro have not yet been published, writes Mediafax.

2013 was an interesting year for retail in Romania: modern retail surpassed traditional commerce for the first time; together, the chains opened 270 new stores, Carrefour and some of it competitors entered the online market and Auchan closed the biggest retail deal in Romania’s history by taking over Real.

Kaufland, currently the owner of the biggest hypermarket network on the local market, registered a 20 percent increase in net profit last year, to RON 331 million (EUR 75 million). Klaufland’s turnover is up 13 percent, to RON 7.26 billion (EUR 1.64 billion). Last year, the German chain opened 8 new hypermarket and since the start of the year two new ones, bringing its network to a total of 91 stores. Kaufland maintains its position as leader of the pack in terms of sales.

Kaufland is followed by Carrefour who’s profits went up 28 percent year-on-year, to RON 144.3 million (EUR 33 million) and a turnover of RON 4.29 billion (EUR 970 million), similar to the one in 2012. In 2013, Carrefour opened 52 new stores. For 2014, the French retailer announced it will focus on expanding it’s proximity network of Express units and introduced two new formats: Supeco and Contact.

Out of all the retailers that published their financial date, Auchan Romania is the only that recorded losses – RON 90.5 million (EUR 20.5 million) as a result of buying 20 Real stores. Currently, the French retailer has 31 units in 18 cities and 2 units currently in the construciton phase. Auchan ended 2013 with a turnover of RON 4.6 billion, twice the sum of 2012.