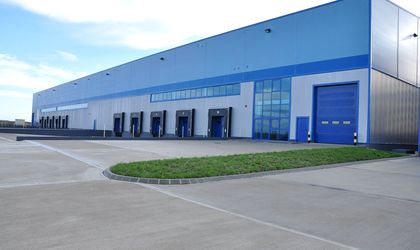 Helios Phoenix, the sole owner of the Olympian Parks industrial portfolio, announced on Tuesday plans to extend both locations in Brasov and Timisoara with over 20,000 sqm.

The industrial portfolio with an existing total area of 45,000 sqm, owned initially by GE Capital Real Estate together with Helios Phoenix, was transferred last year in full ownership of the Helios Phoenix group, following GE Real Estate’s decision to withdraw from Eastern Europe.

The 27,280 sqm project developed in Timisoara was delivered on the market in the second quarter of 2011 and reached a 100% occupancy level in February this year, after the global solutions provider for the energy sector AMSC leased a 2,700 sq.m. space. The project also houses the electronic equipment manufacturer TT Electronics (15,000 sq.m.) and the logistic operator KLG Europe (7,300 sq.m.).

Following the demand of existing tenants, Helios Phoenix decided to extend the Timisoara park with a 20,000 sq.m. built-to-suit unit and intends to also extend the industrial park in Brasov with approximately 5,000 sq.m. The extension in Timisoara has already started and construction works will be finalized in Q2 2015.

“The Olympian platforms were well received by tenants whose vote of confidence is demonstrated by their decision to continue their expansion plans within the company’s developments. We are now looking to break ground in Cluj and Constanta and are close to repositioning ourselves in Bucharest after the sale of Innovation Business Park “, states Athos Myrianthous, Development Director for Helios Phoenix.

Colliers International is the property manager for the two logistic parks, having won the mandate in the second half of 2011.