Get ready for the Easter retail frenzy! Find out supermarket working hours for all your holiday shopping needs 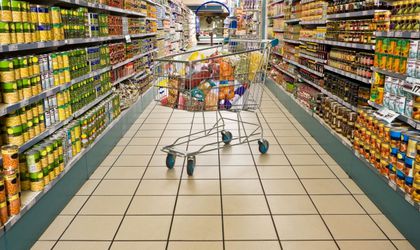 85 percent of Romanians will spend Easter at home and will spend on average RON 359 on groceries according to a study from MEDNET Marketing Research Center, quoted by MEDIAFAX.

The big retailers are getting ready to receive millions of shoppers around the country looking to buy eggs, pastry products, meat, alcoholic drinks (specifically wine) and presents. Business Review gives you a rundown of how the retail industry is getting ready to survive Easter and how the stores, hypermarkets and supermarkets will run around the Holidays.

Easter is an “eggciting” time

According to the MEDNET study, 64.8 percent of Romanians will dye eggs at home, while 17.2 percent will buy red eggs from the store. Romanians buy approximately 50-60 million eggs every year around Easter, says Ilie Van, president of the  President of the Romanian poultry breeders association.

Nearly 50 percent of respondents in the MEDNET study said they will buy their cozonaci in the stores, and 33.6 percent choose to bake their own sweet breads in house.

Bread distributors and bakers are preparing an offer of over 7 million traditional Romanian cakes for this year, a number similar to the market’s Christmas offer. Prices will remain at the same level as they were last year, namely RON 5 – 40 per cozonac.

“We have the same offer as for Christmas with 7 million cakes, the only difference being we will make a lot of pasca (traditional Romanian bread with cheese), probably a couple of hundred thousand pieces. Every year, the quantities we distrivute are about five times bigger on Easter than in a regular month of the year. The prices remain unchanged compared to last year, varying between RON 5 and 40 per piece, but we will also produce cozonaci that weigh three kilograms and will cost RON 130”.

According to the cited sources, over 80 percent of Romanian consumers prefer traditional recipes for cozonac, in spite of the larger offer of international products (Panetone type products), which in turn are preferable choices for presents.

As far as the VAT cut is concerned in the baking industry, the ROMPAN chief said that so far fiscally recorded production for bread and bread products is up after five months since the cut, but final data will be submitted after six months have passed since the procedure was introduced.

“After five months it’s looking good: fiscally recorded production is up 25 percent for flower and 20 percent for bread”, Popescu explained.

For the meaty memories

Nearly half of Romanians (49 percent) in the urban environment intend to buy lamb meat to celebrate the Resurrection. The number of meat consumers that opt for lamb goes up 7 percent if you count the people who will receive food from family or friends. Furthermore, 5.3 percent of respondents to the MEDNET study said they can’t afford to buy these types of traditional meats. Some of them said they will opt for cheaper options, such as pork or chicken.

Drob is an important part of the traditional Romanian Easter menu.  42.8 percent of respondents said they prefer to prepare traditional lamb-meat dishes such as drob at the home instead of buying it in commerce.

Some retailers want to become more than a source of groceries, but a partner in the kitchen throughout the Easter Holidays. For example Selgros published a special catalog of “drob” recipes, to bring variety to Easter dinners but also to encourage Romanians to rediscover the traditional meal.

Retailers have nothing to “wine” about

Wine sales increase significantly during the Easter holiday and one week will see volumes similar to those sold in a month, according to Ovidiu Gheorghe,  the president of the Vine and Wine National Owners’ Association.

“During this time, wine commerce records a weekly sale that you would regularly get in a month. The biggest success story is red wine, on account of its special significance around Easter. White wine sales also increase. In general, sales increase on all segments, consumers and premium (more expensive wines are offered as presents, especially in the corporate world)”, Gheorghe explained.

It’s impossible to put a number on the quantity of wine sold in this period, but producers say that Romanians will consume over 200,000 hectolitres in fiscally-recorded commerce.

As far as prices are concerned, the PNVV chief considers that, lately, the medium and economical segments registered price decreases of 1-1.5 RON per litre.

“We’ve hard a very good year for wine in 2013. Prices dropped in the medium and economic segments, with about RON 1 – 1.5 per litre. Prices for superior and premium wines don’t fluctuate as much, but these are generally obtained from older crops and have a constant yield in terms of quantity”, Ovidiu Gheorghe explained.

The wine marked lost EUR 100 million in the last years, affected by the crisis. In 2009, it reached a value of EUR 450 million. The National Wine Organisation confirmed recently that Romania comes in 12th among the greatest wine producers in the world, with a 4.276 million hectolitres, a 29 percent increase on year.

Most of urban-dwelling Romanians will purchase food products, clothes, and special accessories to offer as gifts. Furthermore, more than half of participants in th study will treat themselves to clothes, shoes or accessories, choosing to honor the tradition of “renewing” yourself for Easter and Spring.