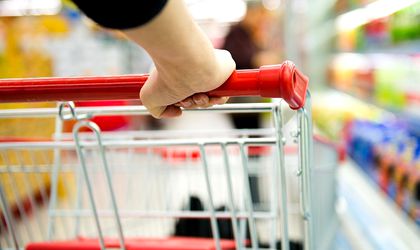 Euler Hermes, active in commercial credit insurance, estimates the value of the modern Romanian retail market at EUR 17 to EUR 20 billion. The consumtion growth in 2017 was above 10 percent and the dynamics were supported by a strong willingness to buy of consumers, as a result of wage increases, increase in the retirement point, but also due to reduced tax rates (20 percent to 19 percent reduction).

Retail sales expansion also contributed to the expansion of retailers, with over 350 new stores opened in 2017, with most openings being recorded in the rural area. For the second consecutive year, the leader of the expansion was Profi, with nearly 200 new stores open (on all store formats, but especially on Profi Loco).

Profi also holds No. 1 after the number of stores, followed by Mega Image, which has slowed the pace of expansion in 2017 and Carrefour which has integrated Billa stores. Retailers relied on discount and proximity stores, the trend being proximity to consumers. Mega Image went out of Bucharest, Carrefour expanded the Carrefour Market concept, Auchan entered the gas stations with My Auchan stores and Metro expanded the La Doi Pasi network.

Are concetrated on proximity and expansion in rural areas, which has great potential for growth. The retailers are targeting less than 15,000 inhabitants, and the store’s format is also adjustable: if Kaufland had a typical shop area of ​​4,500 square meters, now the new formats start at 2,000 square meters.

For the retailers concentrated in Bucharest, where modern trade has reached close to 70 percent, other cities are also interested: for example, Mega Image targets Cluj and Timisoara. The expansion plans continue in 2018 with a network target of 1,000 stores for Profi (currently more than 700) and 10 new stores announced by Kaufland (with a double investment budget – from EUR 100 million in 2017 to EUR 200 million in 2018).

While the network is growing more moderately than in 2016, most retailers are still expecting increases in at least one sales figure. Increasing the density of retail units is expected to hinder possible transactions on the retail market, as the Competition Council has downsized the proximity zone (now 10 minutes between small shops or the big car).

Improving the purchasing experience, obtained through a mix of technology and human interaction in the store, with an attractive product exposure that facilitates the buying process and fidelizes the consumer are few of the other directions followed by the retailers.

The E-commerce area, although not yet an option for some retailers (for example, Kaufland unsuccessfully tested the concept in the mother country), has an annual double-digit growth as a share of total trade.

The human presence in stores remains necessary and the self service concept (autonomous stores with little or no staff) gains popularity in other markets, while Romania is at an early stage or testing. Concern about assortment and price, following consumer preferences for: products that contribute to a healthier lifestyle, not only by quality or functionality but also by the source of origin.

The preference for functionality increases as more than 50 percent of the global consumer population is the adult and the average age is increasing. The Bio Trend extends to both food and non-food (for example: bio cotton trend in fashion retail), and by 2021 we expect a uniformity in the quality of Bio products as a result of a recently adopted directive European Council.