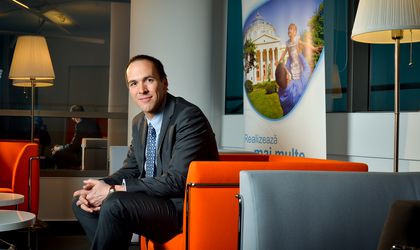 Pascal Prigent, general director of GSK Romania, said 2011 was a volatile year for the healthcare sector, and the current version of the claw-back tax will not bring more predictability on a market which totaled EUR 2.5 billion last year. “We believe the claw-back tax in its current form is not sustainable as the pharma industry is the only actor financing the healthcare deficit,” warned Prigent.

At the moment all eyes are on the Ministry of Healthcare, which will announce on April 25 the claw-back tax that producers will have to pay for the first quarter of this year. Last year, the budget for subsidized pharmaceuticals was EUR 1.3 billion while consumption was EUR 1.5 billion, with the difference made up by the pharma industry. At present, the claw-back mechanism uses the shelf price as its tax basis, which includes distributors’ and pharmacies’ mark-up and VAT.

The GSK director fears the claw-back tax will be high, plunging some producers into serious financial difficulties. “I am afraid about what will happen to smaller companies. Romania is already a tough market because of payment terms, and because many of the new products cannot be launched, so if you charge a high tax it becomes a complicated situation for a lot of companies,” Prigent told BR. Furthermore, the industry faces delayed payment terms of up to one year from the national insurance house (CNAS), impacting the cash-flow and working capital of pharma producers.

GSK has invested over USD 141 million in Romania in the last 13 years, with the largest share going to the Brasov plant, which was bought in 1998 and has received USD 106 million in investments. GSK’s sales rose by 11 percent year-on-year in 2011 to EUR 151.8 million, while Europharm, the firm’s distribution arm, posted sales of close to EUR 250 million.