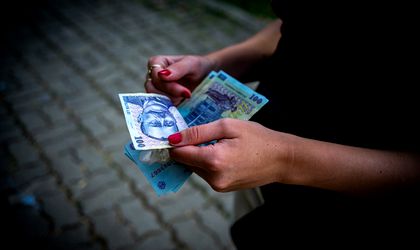 Only 27.7% of Romanians have benefited from salary increases this year, 47.1% of them have received salary increases of up to 5%, and 36.8% – increases between 5% and 10%, according to a survey conducted by CEC Bank in partnership with the banking comparator FinZoom.ro.

Wage increases were mainly enjoyed by those with above-average earnings and higher education. By salary level, 45.2% of respondents with monthly incomes above 10 000 lei benefited from salary increases, while in the segment of those with incomes between 2 500 and 5 000 lei per month the share is 34.5%, and in the case of those with low salaries, below 2 500 lei/month, the share of those who benefited from increases is only 20.7%.

How much did salaries increase

Of those who have received pay rises, 35.6% say they manage to put money aside regularly, more than the overall average – 24.6%.

To support Romanians who want to manage their budget responsibly, CEC Bank has launched the “Complete Care” bank account package, which offers full services for day-to-day operations (card, internet and mobile banking, euro and lei accounts) with zero fees in the first year, as well as a deposit with subsequent deposits, with interest of 8.5% per year.

The financial barometer survey was conducted online by the banking comparator FinZoom.ro at the request of CEC Bank in October on a sample of more than 1,250 individual respondents across the country, representative of internet users. 58.6% of the respondents are employed, 46.7% declared incomes between 2 500 lei and 5 000 lei, and almost half – 50.8% – below 2 500 lei per month, 34.6% of those questioned are aged between 25 and 40, 33.7% have higher education and 9.5% postgraduate studies.