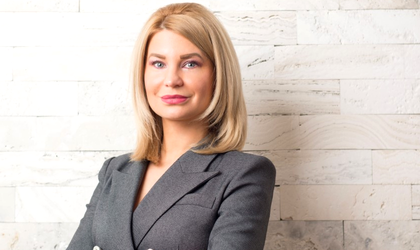 The labour market is one of the first sectors which gets hit during an economic crisis, and, of course, the one we’re in now is no different. After looking at labour market demand and the work-from-home concept in her previous contributions, Sorina Faier got in touch with Business Review once again, to explore the main similarities and differences between the 2020 and 2009 crises from a labour market perspective.

Here are the main similarities and differences regarding the impact on the Romanian labour market:

·        The requests for restructuring, assessment and outplacement have increased with 30%. This also happened in 2009.

·        The recruitment requests dropped by with 40%. 80% are replacements requests and only 20% requests for new roles. We had almost the same percentages also in the previous crises.

·        Last but not least, many questions, fear, insecurity, instability are dominating the labour market now like in the previous crisis.

Although the impact may be similar or worse, there are significant differences between the COVID-19 pandemic crisis and the economic recession of 2009.

·        The COVID-19 crisis and the crisis of 2009 have totally different origins. Now, the crisis was sudden and affected a wide range of industries from the beginning, the labour market was brought to a sudden standstill in response to a health crisis, while in 2009, the economic recession was systemic and started from the financial system first, then extended to other industries.

·        In 2009, due to the fact that the origin of the financial crisis was different, the most affected industries were banking sector, real estate and construction. Now, the impact is bigger in tourism, HoReCa, automotive and production.

·        Both employers and employees are more prepared in terms of financial resources and planning to get through a crisis and have more tools to cope with a challenging period.

·        The digitalization is more developed than in 2009 and that helps a lot both the companies and employees. Work from home is currently a normality comparing with 2008 – 2010.