BR’s Working Romania Conference | Dragos Anastasiu (Eurolines): Importing foreign workers is the only short-term option; half of unemployed people in Romania are alcoholics, unable to work 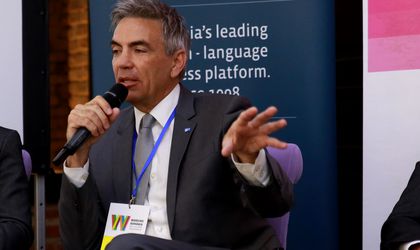 Bringing foreign workers is the only short-term option for Romania as more than half of current unemployed people in the country are alcoholic and unable to work, Dragos Anastasiu, owner of Eurolines Group, said on Tuesday at BR’s Working Romania Conference.

“Unfortunately, importing workforce from abroad is the only short-term option for Romania in this moment, because we did nothing during the past five years. On medium and long term, we need a national strategy to solve the workforce crisis,” Anastasiu points out.

The businessman thinks that bringing back the Romanians working abroad is a very difficult task as they are used with a quality of life that they can’t find in their home country.

Eurolines Group’s owner indicates that trying to attract unemployed people in Romania on the work market may be an illusion.

“Nobody likes to speak about that but more than half of unemployed people in Romania are alcoholics, they are unable to work,” he said.

According to the businessman, bureaucracy is a major obstacle in importing foreign workers in Romania as there is a fierce competition between European states in attracting working from abroad.

“I’m bringing workers from Sri Lanka from my resort located in the Danube Delta. But I need translated and legalized diploma for a housemaid, and until I get it they are getting better offers from Germany,” Anastasiu pointed out.