The Business Champions of 2019 | Discover the winners of Business Review Awards 2020! 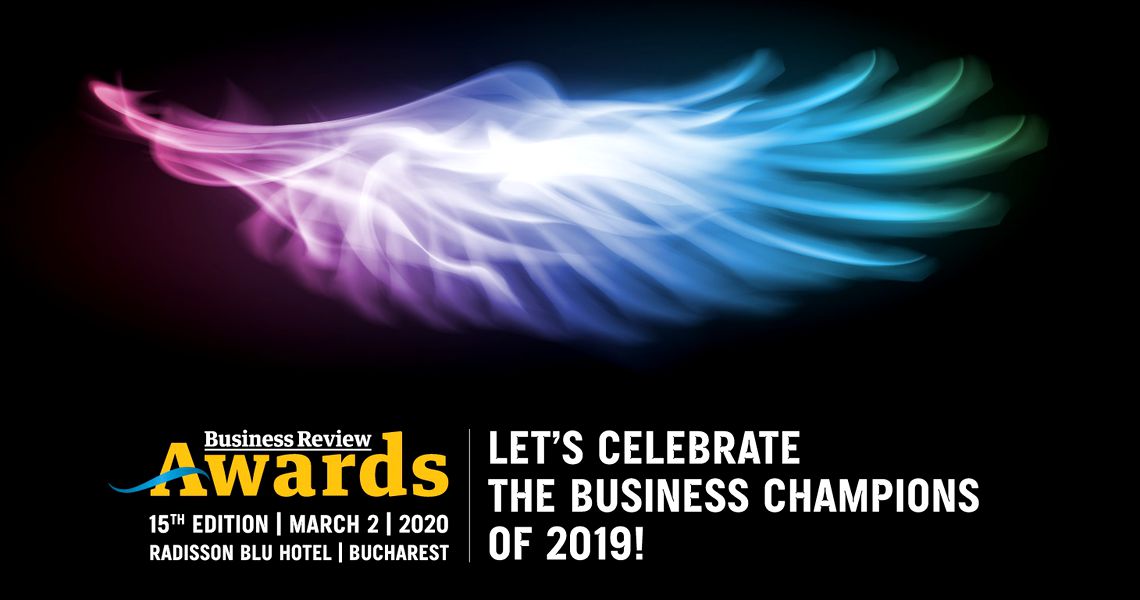 The curtains dropped last night on the 15th edition of the Business Review Awards Gala, BR’s headline event and an established landmark of the Romanian business scene, held at the Radisson Blu Hotel in Bucharest. The Gala was attended by more than 70 GMs and CEOs from Romania’s top companies, confirming once again the high standing of the Business Review Awards on the Romanian business calendar.

The event, which celebrated the business champions of 2019, received over 150 nominations across its 10 award categories. 52 nominations made it to the final shortlist of the event, including the 7 outstanding personalities nominated by our esteemed jury members in the Jury Award of the Year category. But only 11 of those nominated took home the Business Review Awards time-honored trophy, after an edition which also marked a first in the Gala’s recent history: an ex-aequo award in one of the categories.

Let’s find out the 11 winners selected by the independent jury for their exceptional results in 2019:

1. CSR INITIATIVE OF THE YEAR AWARD | Supported by GAME WORLD

Winner: BOOKSTER for “The magic of a library” project | Award handed out by Török Attila, Chief Strategy Officer at Game World Romania.

“The magic of a library” project is a recurrent CSR initiative organised by Bookster Public Library. The library’s activity was expanded in 2019, reaching over 70,000 active readers and over 65,000 book donations were received, enabling the creation of libraries in 100 schools to which over 30,000 will have access.

2. ACQUISITION OF THE YEAR AWARD

In 2019, MedLife crossed the country’s borders and announced the first international transaction through the acquisition of 51 stake in Rózsakert Medical Center, one of top 10 medical services providers in Hungary.

3. EMPLOYER OF THE YEAR AWARD | Supported by VASTINT

Vodafone Romania has a strong commitment to diversity and women’s empowerment both at global and local level. At present, women represent almost 58% of about 3,000 employees working with Vodafone Romania and hold more than 45% of middle management positions and 33% in top management roles.

4. LAW FIRM OF THE YEAR AWARD | Supported by IMMOFINANZ

Founded in 2005, Țuca Zbârcea & Asociații is a full-service independent law firm, employing cross-disciplinary teams of lawyers, insolvency practitioners, tax consultants, IP counsellors, economists and staff members. The 2019 highlights of the firm include a collaboration agreement with Andersen Global, the first collaboration agreement in Romania, and an exclusive partnership with Trident Capital Investments.

5. SUSTAINABILITY PLAN OF THE YEAR AWARD | Supported by FEPRA

Biodeck has a wide range of biodegradable and compostable packaging, made from bio resources, having a reduced carbon footprint by almost 75 percent compared to the plastic ones. The company offers sustainable alternatives to single use plastics and to help people reduce their negative environmental impact.

6. JURY AWARD OF THE YEAR

Iulian Rotariu is a Romanian firefighter and athlete from Botosani. In 2019 he won the Ultra Africa Race, a 220 km ultramarathon in Mozambique. The multi-day race took place between November 10th and 14th, with 16 of the world’s best extreme runners at the start. Iulian Rotariu is the first and only Romanian to take part in this extreme race. His participation in the Ultra Africa Race also had charitable reasons, as he ran to support the Association of Parents of Children with Autism in Botosani.

MedLife Group, the leader of the private medical services market in Romania, ended the first 9 months of 2019 with pro-forma Sales of RON 696 million, increasing by 20 percent compared to the same period of 2018.

Myhive community is the office brand in IMMOFINANZ‘s portfolio and one of the brand pillars. The brand was launched in 2017 and at present it counts almost 4,000 members in 3 myhive buildings in Bucharest. In 2019 there were 76 events in all myhive buildings and the dedicated myhive application reached more than 60% of the total number of employees in all 3 myhive buildings.

9. INNOVATOR OF THE YEAR AWARD | Supported by HUAWEI

Arctic, the leader of the Romanian household appliances market, announced in 2019 that the first Romanian factory operating according to Industry 4.0 principles was fully operational. By using Industry 4.0. technologies, the Arctic new plant contributes to the fight against climate change. Thanks to the new generation wastewater treatment system and the rainwater collection system, an amount of water equivalent to the consumption of 450 households will be recycled annually.

9. INNOVATOR OF THE YEAR AWARD | Supported by HUAWEI

Kinderpedia is a smart tool that helps educators, teachers and principals save 6 to 9 hours per week, while keeping parents connected and engaged and it is already up and running in 150 childcare centers. There are more than 6,000 enrolled children on the platform, 10,000 parents and 1,000 teachers and administrative staff.

10. EXECUTIVE OF THE YEAR AWARD

Under Mihai Marcu’s management, MedLife became the biggest private healthcare provider in Romania. Like its rivals, MedLife benefits from poor public healthcare quality and expanding middle-classes in large cities. MedLife’s strategy is focused on rapid expansion and on diversifying services and it has opened or acquired more than 130 medical units, becoming a leading player in the private healthcare sector.