BR Awards 2020 | The shortlisted nominations. Celebrating the business champions of 2019 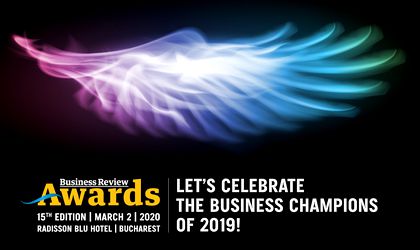 The 15th edition of the Business Review Awards Gala is almost upon us. BR’s flagship event, which for the past 14 years has become one of the landmarks of the Romanian business community, will take place on March 2nd at the Radisson Blu Hotel in Bucharest.

The Gala will include two musical acts from the Arpeggione Quartet and a surprise artistic experience centered on a Grand Piano from Steinway & Sons, where our guests will enjoy the works of such maestros as Ludwig van Beethoven, Edvard Grieg and Robert Schumann.

Interested to join the Gala as an audience member? Book your place here.

The esteemed jury members have gathered up this week and reviewed over 100 nominations to select the shortlist in each of the nine categories of this year’s gala. Also, the jury members have put forward seven names for the Jury Award of the Year category, where you can still cast your vote until March 1st at 6 PM (Eastern European Standard Time | UTC +2). But for now, let’s get to know the shortlisted nominations and meet the seven outstanding personalities in the Jury Award of the Year category.

Facts & Figures from the previous editions