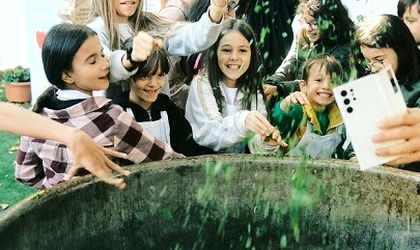 During the Supa Bol event, Nestlé, the largest food and beverage company in the world, invited children to cook, together with Chef Ștefan Popescu, the largest vegetable soup ever prepared in Romania. The event aimed to promote the consumption of soups and broths and involve children in meal preparation.

Only 12% of Romanians frequently consume soups and broths at lunch1. Studies show how these dishes are among the healthiest in Romanian cuisine. Children who cook together with their parents consume more fruits and vegetables and have a healthier diet compared to those who do not participate in the preparation of the meal.

For the 3rd consecutive year, on the International Chefs Day, Nestlé Romania starts a campaign through which it aims to bring back to young parents the attention of traditional dishes and cooking together with children, through a manifest event. Five smaller chefs (students of the Kids Chef Academy) and a bigger chef, Chef Ștefan Popescu, cooked together the largest and healthiest vegetable soup, 700 L in the largest pot in Romania made available by the chefs from the Frăția Ceaunelor.

Nestlé wants to be an inspiration for the health of the little ones, to rediscover the traditional powers of soup and to create a healthy relationship between children and food. Involving children in the cooking process is one of the best ways to teach healthy habits to the little ones. A second study conducted by Nestlé on a sample of 472 parents in Romania shows that 30% of them involve children in meal preparation only once a week or less, while 70% cook with their little ones several times a week. 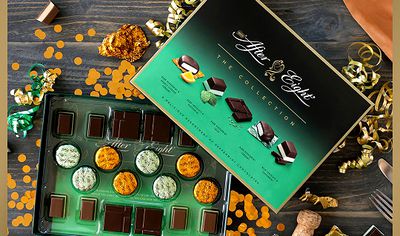 Because Nestlé has a holistic vision and approach, no waste was created as a result of this event, in the sense that the leftovers from pealing the vegetables went to the Grădina Molcom for compost, and the soup was donated through the Food Bank Romania, a traditional partner, to several refugee families with children from Ukraine, but also to the children from Sf. Ioan House. Nestlé also set out to show that the soup is an intelligent preparation, and a solution to limit waste, since it can be made with the leftovers in the refrigerator, thus teaching children to be attentive to the financial resources of the family and the planet.

“For this year we have chosen soup as the theme of our campaign to promote the cooking with children, because it is one of the healthiest traditional dishes. Studies show that frequent consumption of soups and broths is associated with a lower risk of obesity. In Romania, 1 in 4 children and 50% of adults experience overweight. Soups and broths with many vegetables and little fat help to maintain a normal body weight in the long term. Eating soups with vegetables has also been associated with a higher intake of fiber, vitamins and minerals. These preparations digest easily and can contribute to a normal intestinal transit through the intake of fiber and water. Vegetables are more easily accepted by children when they are included in soups or broths,” says Nicoleta Tupiță, authorized dietitian and Nutrition Manager at Nestlé Romania, Bulgaria and the Adriatic Countries.

The benefits of soups and broths

Soups and broths with many vegetables, prepared with lean meat and only small amounts of fat (from oil or cream) are dishes rich in nutrients, but with a low intake of calories. A large portion of soup of about 400 ml contains only 150-200 kcal, in which the maximum caloric intake per 100 ml is 50 kcal. Eating low-calorie soup before a meal can help reduce the amount of food and calories we consume at that meal5. Using this strategy allows people to eat an extra dish while consuming fewer total calories, researchers say. Soups increase satiety by increased volume, which makes them basic foods in a volumetric diet6.

The quality of the diet, as measured by the Healthy Eating Index 2005, was significantly better in soup consumers3. Most soups help you get, from a single bowl, a variety of health-promoting nutrients (vitamins, minerals and fiber from vegetables, proteins from meat and vegetables, carbohydrates from noodles, dumplings or rice). These are balanced dishes that comply with nutrition guidelines, such as Nestlé’s NutriPortion. The NutriPortion Guide can be downloaded from the website.

Soup is a comforting food, easy to prepare, it can warm the coolness of the autumn and winter days. Also, chicken broth is easy for the stomach, when our appetite is low. It provides fluids and electrolytes that prevent dehydration, which can occur when we have a fever. Finally, chicken soup also provides a number of nutrients involved in the immune system: protein and zinc from chicken, vitamin A from carrots, vitamin C from celery and onions, antioxidants from onions and herbs7.

It is a sustainable preparation since you can use the vegetables left over in the fridge and because it can be easily frozen and used when there is not enough time for cooking, being advantageous also for those who have little time to prepare a hot and healthy meal.

Information about the benefits of soups and broths, as well as a series of recipes prepared by Chef Ștefan Popescu can be accesses and downloaded from the International Chefs Day’s website | Nestlé (nestle.ro).

With Maggi soups and soups are prepared easier

Nestlé makes the preparation of soups and broths easier by putting on the market the liquid bases for Maggi dishes in 3 variants: vegetable, chicken and beef. Maggi products are a concentrated stock in the flavors of the basic ingredients that will give taste to many dishes, while having a list of clean ingredients, without preservatives and artificial colors. Discover other food initiatives from Nestlé on the www.nestle.ro/nutritie/.

Double-digit growth for Nestlé Romania in 2022