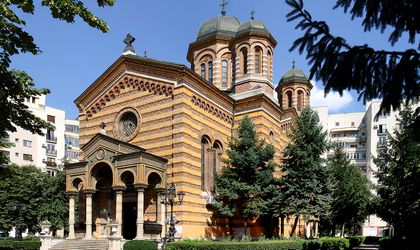 Eastern Orthodox Christianity has done more to shape the destiny of certain Eastern European Countries than communism, says a World Bank working paper co-authored by Simeon Djankov and Elena Nikolova of University College London. Specifically, it paved the path to communism and has supported authoritarianism and risk aversion.

“Theological differences among different Christian denominations may have set countries on different development paths long before the arrival of communism,” Djankov, who is the former Bulgarian finance minister and Nikolova write. The working paper was published by World Bank’s Group Development Economics Office of the Chief Economist.

According to the paper, Eastern Orthodox believers are less happy compared with Catholics and Protestants. For the study, its authors surveyed data covering more than 100 countries around the world. Moreover, compared to to Catholics, Protestants, and non-believers, those of Eastern Orthodox religion have less social capital and prefer old ideas and safe jobs. Plus, In Eastern Orthodoxy is associated with left-leaning political preferences and a stronger support for government involvement in the economy, the study finds.

According to the study’s authors, these differences can still be seen in the former communist Eastern Orthodox Countries, despite the fact that there the communist rule sought to eradicate church-going. That is because, the paper argues, the communists have maintained many aspects of Orthodox theology which were useful for the advancement of the communist doctrine.

In Romania, the study argues, “while the Romanian Communist party regarded the Orthodox Church as a capitalist remnant, it also believed that a church respected by the bulk of the population could be useful in furthering the party’s socio- economic and political goals (Stan and Turcescu 2000). As a result, the Romanian church was enlisted as a promoter of communist policies in exchange for the government’s toleration of a certain level of ecclesiastical activities (Flora and Szilagyi 2005, p. 115).”