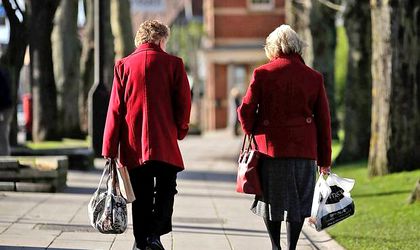 The national association of private pensions (APAPR) called for the contribution to pensions to be increased to 6 percent in 2017, describing Romania’s demographics as a ‘ticking bomb.’

According to the association, the compulsory private pensions funds (Pillar II) performed best between 2008-2015, as revealed by a study conducted by the federation of the association of consumers of financial products (Better Finance). The results, APAPR argues, should convince the Government to find the necessary resources to abide by the law and follow the contribution schedule for Pillar II, which provided the implementation of the 6 percent contribution in 2016 already.

“We hope that in the upcoming period, the public decision makers will show responsibility and preoccupation for the fate of the future pensioners, by increasing the contribution level for 2017 according to the provisions of the law. We all know that Romania’s demographic situation represents “a ticking bomb,” namely the fast ageing trend of the population will put a much bigger pressure on the future pensions of middle aged Romanians than today’s pensioners. Pillar II must become a sufficient supplementary source of income for them, which can cover this growing pressure on public pensions,” APAPR president Raluca Tintoiu told Profit.ro.

The Grindeanu government will freeze the contribution level to private pensions for this year. Before the end of its term, the previous government did not decide on the matter, instead opted to allow the new executive to have its own say on the matter.

Maintaining the contribution level to the privately administered pension fund brings an increase in budget revenues, following the diminishing of transfers towards Pillar II in 2017, by around RON one billion. “In lack of an increase of the contribution to pension Pillar II to the level provided initially by Law 411/2004, the future pensioners of Romania will be deprived not only of the amounts that will not be sent to their accounts, but also the yields for the respective contributions, that would add to their accounts,” Tintoiu said.

Currently, each employee pays towards the public pension system a social security contribution equal to 10.5 percent of their gross salary.