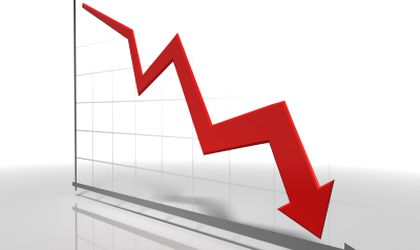 Investors are still grappling with a lack of predictability in Romania’s fiscal and legal framework, while foreign direct investments (FDI) have continued their decline, falling by 13.8 percent to EUR 1.3 billion in the first seven months compared to the same period of last year.

For years, foreign investors have decried the lack of proper consultation on the adoption of key bills that impact businesses. They are saying that any major changes to legislation need to be backed by impact studies.

Seeking a predictable path for business

“Predictability is one of the most important topics addressed by investors. Usually measures are undertaken to improve a law, but at the same time the legal framework is going backwards,” representatives of the Romanian-German Chamber of Commerce and Industry (AHK Romania), told BR.

“We reckon that these improvements should not be introduced if they are not sustainable and designed for the long term, to avoid creating difficulties later. We would like to see a long-term strategy and well thought out actions in the field of fiscal policies that are then transposed into legislation,” they added.

AHK Romania is the biggest chamber of commerce in the country, with around 530 members currently. Germany is the third largest FDI generator in Romania, with overall investments reaching EUR 6.5 billion at the end of 2012, according to data from the National Bank of Romania.

Meanwhile, Mihai Bogza, president of the Foreign Investors’ Council (FIC), told BR that some legal initiatives are “worrisome” because of their potentially negative impact on investors, citing several measures impacting the banking sector.

“I think until we see such initiatives stopped for good, most banks will think twice before undertaking new investment projects. I am referring mainly to the draft law on the conversion of foreign-exchange loans to individuals using the historical exchange rates, but unfortunately this is not the only one,” said Bogza.

The FIC currently has 117 member companies whose cumulated investments in Romania exceed EUR 35 billion, accounting for two thirds of the total national investment stock. The member companies have created close to 200,000 direct and indirect jobs.

The five percentage point reduction in social insurance contributions (CAS) paid by employers from October has been welcomed by foreign investors, although some commentators pointed out that the reduction could bring tax hikes next year.
“We were very grateful that the last major fiscal measure in 2014 was a tax reduction, namely the CAS. Its full positive effect on businesses will be felt in 2015. The government said that based on their own calculation no additional tax increase will be needed next year in order to offset the loss of revenues coming from the CAS reduction,” said the FIC president.

He added, “We believe this can be achieved by a combination of improving tax collection and better allocating budget expenditures, and the FIC has proposed concrete solutions in this regard. Should the authorities live up to their promises, than we investors should not fear an increase in the tax burden, which would otherwise be very detrimental to the whole economy.”

Representatives of AHK Romania added that the cut in CAS could boost Romania’s attractiveness to investors on the short term. They noted that many foreign investors come to Romania due to the advantageous labor costs.

“German investors, mainly those active in cost-sensitive sectors, such as automotive, have certain advantages from the reduction in CAS,” said AHK Romania officials. “On the other hand, the effects of the reduction of this tax on the state budget have to be discussed, because any tax cut, if not compensated in a sustainable manner, loses its objective. There is no point in cutting one tax to increase another. This will only increase transaction costs.”

A business sentiment index by the FIC published in October has revealed that close to 45 percent of respondents (its member companies) felt in June that the overall legislative, fiscal and administrative environment had slightly worsened since the end of last year.

The respondents added that burdensome and costly red tape, as well as the lack of planning capabilities of the authorities and administrative bodies were making them cautious in their investment decisions. 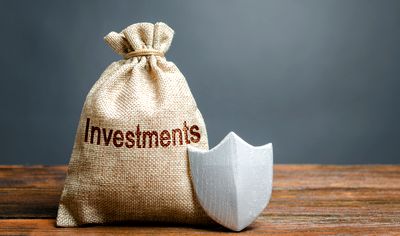 Close to half of the respondents said they were planning to keep investments broadly at last year’s level, while 24.14 percent would be likely to invest more and 6.9 to cut investments significantly.

The respondents said they saw little reason for optimism and that investment in Romania would probably be postponed until things pick up.

Only 24 percent of the surveyed companies were planning a small increase in staff, while most said they would keep their current headcount steady.

AmCham Romania, the business advocacy group, launched in October this year’s Priorities for Romania document, which includes recommendations in a wide array of sectors, from the reform of the public administration to action points in key sectors of the economy such as energy and agriculture.

Valeriu Nistor, president of AmCham Romania, said, “The main conclusion of this analysis, which AmCham Romania proposes as the strategic priority of the next presidential mandate, is the need to define a multigenerational economic development model to guide Romania’s socioeconomic progress.”

The document was released just before the start of the presidential race, which will culminate in two rounds of voting on November 2 and 16.

From a macroeconomic perspective, AmCham has called for the authorities to stick to the Medium Term Budgetary Objective (MTO) of lowering the deficit to 1.4 percent of GDP, from this year’s target of 2 percent.

In the document, AmCham called for “the accommodation of new budgetary expenses through the restructuring of inefficient expenses, the implementation of structural reforms through a taxation system closer to the European one, aimed at increasing budget revenues, and not expanding the budget deficit.”

AmCham has over 370 members who are US, international and local companies, with an investment stock of USD 20 billion. They have generated around 200,000 jobs in Romania.