Making an individual impact. Professional opportunities outstrip those in the West 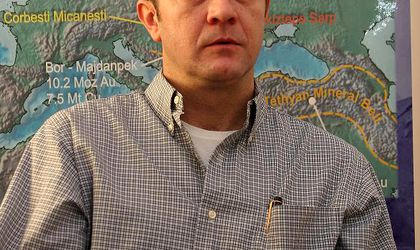 I came to Romania in the summer of 1995 to work with an investment fund called the Romanian American Enterprise Fund. I worked with that fund from 1995 until the end of 2002. After that, I left to begin my own advisory practice and at the same time got involved with a minerals exploration company, Valhalla Resources. I have been here ever since; I never had any reason to leave. Romania is interesting, professionally challenging and there are all kinds of opportunities on the market. I never meant to leave and at least for the medium term I do not intend to.

I helped establish RAEF, train the staff and thought that I would move on after a year or two. The years kept going by and each year was more and more interesting. At that time I was also a cheerleader for Romania, thinking: okay, things are looking good, now it’s going to start growing, this is the moment! Each year was a little bit of a disappointment, but always with hope for the next year. The country is now finally beginning to move, to take off and begin to live up to its potential. In the ‘90s everybody was talking about the potential of Romania, but it was always just short of being realized. Now it finally is being realized.

It was a very different country ten years ago. I was surprised by the dogs on the streets, the dirtiness of Bucharest and, at the same time, by the beauty of the rest of the country. It was a very different place and significantly less prosperous that it is right now: you did not see as many cars on the street, so many people well-dressed – that is really all changing right now.

Professionally, I was not terribly surprised by much because I had already spent a couple of years in Poland which is ahead of Romania, but quite similar in terms of being a post-communist country with all of the difficulties of former state-run enterprises, the inefficiencies and lower levels of understanding of Western marketing, proper financial management accounting and just general management techniques. That is all changing now. People are getting a lot of practical experience working with either strong local companies or multinationals. There is now a whole army of Romanian middle managers who are quite capable of doing things that you had to bring a foreigner to do in 1995. The management skills simply were not there in 1995.

The quality of life is certainly at another level but that is really not a big deal for me. The situation here is also starting to improve: better and better restaurants, lots of options for entertainment and that sort of things. I absolutely do not miss the predictability of the professional environment there, in the US and the West in general. It is very difficult to have an impact as an individual there, while here it is still the case that you are not constrained to small incremental changes. I would probably be extremely bored with the predictability and stability of the US business environment. There is a bit of a turmoil right now but even that will calm and regulate itself and we will go back to normal soon.

The local private equity industry evolved in the past ten years more slowly than I would have expected in the mid ‘90s but that is accelerating right now. What we’re seeing now is a much more rapid growth of local businesses. What were small businesses in the mid ‘90s are now medium-sized business and they are continuing to grow and that is what should happen. It began happening later than I had expected, but things are now on the right track.

Overall, it happened too slowly in the ‘90s and it is only now, in the last two years or so, that the business environment is really starting to live up to its potential.

From a practical point of view it was more difficult to do business in the past because the legislation was constantly changing, tax was not predictable and was different from one year to the next and the local businesspeople were not educated with regard to what private equity is. Now, over the last ten years, people have seen how transactions work and are more comfortable with the idea. In the beginning we were coming with the capital for the investment but we still had to convince the entrepreneurs that we were not going to try to steal their businesses, that this was not like a bank loan that you had to pay back with an interest rate, it was a partnership. It took a lot of time simply because we had to get the entrepreneurs comfortable with the idea of private equity and we ended up not doing many interesting deals because we could not overcome that barrier with some entrepreneurs.

It is more difficult for other reasons now. In 1995, we were basically the only game in town. Now there is a lot more competition for the interesting deals, but there are more interesting deals as well. That drives evaluations higher, which is unfortunate, but that is how the market works.