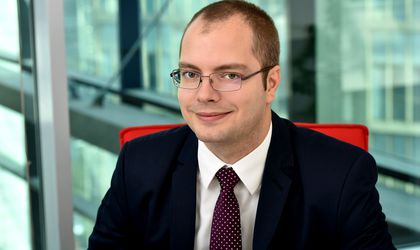 The volume of rental transactions was lower in the first quarter of 2018, compared to the same period last year. The total rented area – which includes, in addition to the actual rentals, renegotiations and contract extensions – was approximately 68,000 sqm, down by almost 43 percent year-on-year. Also during this period, the new demand amounted to 38,000 sqm, with 26 percent below the level of last year, but the value is, however, above the quarterly average in recent years.

“In the first quarter, the new office space demand was moderate compared to the peak recorded in the past as a result of the unemployment rate at a historic low and the growing interest in office markets in major regional cities. At the same time, amid the excellent level of activity in the first half of last year, we are also discussing a significant unfavorable base effect, “said Silviu Pop, Head of Research at Colliers International Romania.

The largest demand came from energy and industrial companies – 37 percent, followed by IT & C (24 percent) and banking and insurance companies (9 percent). Most of the leasing transactions were concluded by companies with areas ranging from 1,000 to 3,000 sqm (51 per cent), companies with areas under 1,000 sqm (17 per cent) and over 10,000 sqm (17 per cent). The move of the UPC Romania headquarters to The Bridge project and a confidential transaction in the Unirii area represented the largest rental contracts on the office market in Bucharest this quarter.

“As anticipated at the beginning of the year, rental activity on the Bucharest office market will moderate slightly, and the evolution of the first quarter is in line with expectations. We estimate a new demand of 135,000 sq m by the end of 2018, about 10 percent below the previous year. Given the challenges on the labor market, we think this is a healthy outcome, especially after a year as strong as 2017, “concluded Silviu Pop.

The rental activity reflected the increased attention of developers for the central areas, West-West, or the Press / Exhibition Square, to the detriment of the northern part of Bucharest. The Central Business District (CBD) area was the most requested (34 percent), while the West-West region accounted for 22 percent of all rental transactions, and the West area 12 percent.

According to the Colliers International – Bucharest Office Market Q1 2018 – by the end of 2018, a total of up to 185,000 sqm of office space will be delivered, especially in the second half of the year.