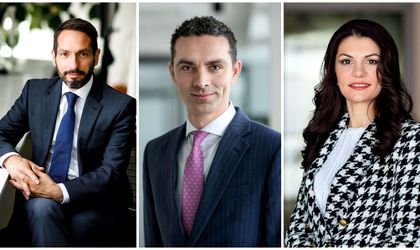 Global mergers and acquisitions (M&A) activity hit an all-time high in the first six months of 2021, with deals worth more than US$2.6t, up from US$926b year-on-year and surging past the pre-pandemic five-year average (H1 2015-2019) of US$1.6t, according to new analysis by EY.

Despite a fall in the total number of deals announced, a spike in billion-dollar deals is the key driver behind activity so far this year according to the analysis, with 479 such deals announced. Despite many parts of the world economy still operating under restrictions, cross-border transactions have also staged an impressive comeback, increasing to US$688b from US$236b in H1 2020 and above the average of US$480 recorded in the five years prior to the COVID-19 pandemic.

M&A activity, despite the strong headline figure, is not evenly spread across the globe. When it comes to outbound and inbound transactions, North America and Europe are the main centers of activity.

Meanwhile, domestic dealmaking in China is running at record pace with M&A value so far this year totaling US$197b – eight times more than foreign-invested M&A deals and a 20% increase on the average domestic transactions value of the five pre-pandemic years (US$164b).

While technology-related transactions are leading the way with an increase in value of more than 161% (to US$783b) compared with the pre-pandemic average, the media and entertainment sector has seen some of the largest deals in 2021 – as streaming giants look to attract and retain customers. The sector has already recorded an impressive US$157b worth of deals (up from US$16b in H1 2020) and more than double the average of the five pre-pandemic years (US$71b).

In addition, M&A into the renewables sector has almost tripled compared with H1 2020 as CEOs look to use transactions to meet ambitious environmental targets. The value of these environmental, social and governance (ESG) -related transactions has jumped from US$35.7b in H1 2020 to US$96.5b in H1 2021.

Deal activity rebounded strongly in H1 2021, with a total of 69 transactions[1], reflecting a 19% increase on H1 2020. Despite the higher volume of deal making the estimated value of M&A only increased by 4% to USD1.1bn[2] due mainly to a 12% decline in the average size of deals below USD100m, to USD13m. The acquisition NGY Propertiers Investment, the owner of Hermes Business Campus, by investment fund Adventum Quantum for USD146m was the largest transaction during the period. Hidroelectrica’s acquisition of the 108 MW Crucea Wind Farm, the first by a state-owned utility company in the private sector, reaffirms the accelerating pace of the green energy transition. Although the deal value was not formally disclosed, market commentators estimate the transaction at around USD120m-160m.

While excluded from the value of M&A in our data[3], it is worth noting three other large deals during the period. In January, AmerisourceBergen Corporation agreed to acquire the Alliance Healthcare businesses of Walgreens Boots Alliance in nine countries, including Romania, for USD6.47bn. In April, a consortium of Aroundtown SA and CPI Property Group agreed to acquire the 49% of the Romania-based London-listed Globalworth Real Estate Investment it did not already own for USD0.9bn, and in May, Glovo, the food delivery app, acquired the operations of Delivery Hero in the Balkan region, including Romania, for USD208m.

Strategic investors continue to be the dominant players on the Romanian M&A market, accounting for 94% of transactions. Although Romania remained an attractive investment destination for foreigners, with inbound deals (31) accounting for 45% of all transactions, domestic deal-making (34 deals) increased by 31% compared to H1 2020, and accounted for just under half of all transactions. The most active inbound investors were the United States (6 deals), Germany (3 deals), followed by Hungary, France, Italy and Ireland with 2 deals each.

The Romanian M&A market is expected to remain active for the remainder of 2021 given opportunities to further accelerate growth, including those arising from the economic volatility caused by the pandemic that has left some businesses financially distressed. M&A will also be driven by the need to adapt business models, particularly in ecommerce and direct to consumer, but also to address the digitalisation, green economy and ESG agendas. Liquidity of capital and favourable financing costs will support and accelerate these trends. The M&A winners have and will be those that have demonstrated resilience and innovation during the pandemic. Despite this overall positive sentiment, the unknown factor remains how the pandemic will evolve in the latter part of the year.

In Q2 2021, the capitalization of Romanian companies listed on the Bucharest stock exchange (BVB) exceeded the pre-pandemic level, and saw the largest IPO on the main segment for over three years. TTS, the largest Romanian carrier on the Danube, started trading as of June 14th after the sale of 50% of company’s shares for USD70.5m.

Investment activity on the BVB continued to witness an upward trend in Q2 2021. Market data indicates a preference for corporate bonds as a new investment instrument, with eight bond issues during the period for a total of USD357m with BCR printing the largest issuance at USD244.7m. The alternative segment, AeRO was also very dynamic in Q2 2021. Six listings were concluded for a total of USD15.9m across a broad range of sectors, including: dairy (Agroserv Mariuta and Bonas Import Export), wine (Vifrana), manufacturing (Raiko Transilvania and Simtel Team), IT (Firebyte Game) and agriculture (Agroland Agribusiness).

Liquidity through the bank funding channel remains plentiful. Interbank rates stabilized, with 3M ROBOR now at approximately 1.5%, down 70bps when compared to the same period of 2020. Lending picked up double-digit, the stock of retail and corporate loans surpassing USD73.4 billion at 30 June, an increase of 11.2% year-on-year. Corporate lending was the principal driver of growth for both local and foreign currency loans, which marked an year-on-year increase of 21.7% and 6.4% respectively.

[1] EY’s M&A database for Romania excludes transactions with stakes acquired of less than 15%,

[3] multi-country transactions which include companies or operations in Romania are included in the number of transactions but excluded from the value of M&A where the allocation of transaction value is not available.