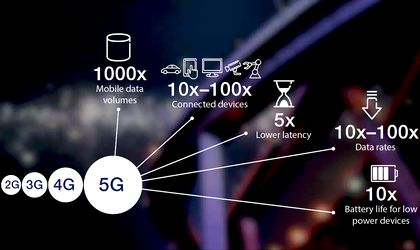 Romania plans to launch its tender for 5G frequencies in the fourth quarter of this year, and the bidding process will be open to all, including companies using equipment from Huawei Technologies, said Communications and Information Society minister Alexandru Petrescu for Bloomberg.

“The investments needed in this new technology are very high and we need to take this into account and make the auction as attractive as possible,” said Petrescu.

At the end of May, the US government decided to impose restrictions on Huawei, accusing the world’s largest telecom equipment manufacturer of being vulnerable to engaging in activities contrary to national security or foreign policy interests. Although this controversy allowed Huawei rivals Nokia and Ericsson to win some contracts, the answers from some East European countries to Trump’s warnings were rather modest. For example, the Budapest government, which will begin its 5G tender next month, considers Huawei to be a “strategic partner”.

The telecommunications market in Romania was affected by the “greed tax” imposed last year for several sectors.

Alexandru Petrescu noted that the Communications and Information Society Ministry is working on some changes to mitigate the impact of the “tax on greed”, and these changes could be adopted by the government in about two weeks.

The Emergency Ordinance adopted at the end of last year set a minimum price for 5G frequencies and a 3 percent levy on sales of telecoms companies.

Recently, the deputy head of the National Authority for Communications Administration and Regulation, Eduard Lovin, also stated that the provisions on the telecommunication market in OUG 114 should be repealed by the end of this month, and subsequently a government decision stipulates the starting prices for the 5G auction.

“If OUG 114 is not abolished on the telecom component, we will not have what to write in the tender specifications at auction 5G. The abolition of telecom provisions in OUG 114 must be done by the end of this month, after which a HG the starting prices for the 5G auction mentioned are inapplicable and broken by the reality of the local telecom market,” Lovin explained.

5G Mobile Networks, which are currently at an early stage, promise a 50 to 100 times faster data transfer rate than the current 4G networks and will be a vital infrastructure for a wide range of industries, such as autonomous cars. But 5G is known to be an expensive technology. In order to meet what promises this technology, such as higher transfer speeds, autonomous cars and high-definition games and videos, 5G networks will need to be denser to handle the increased data traffic.