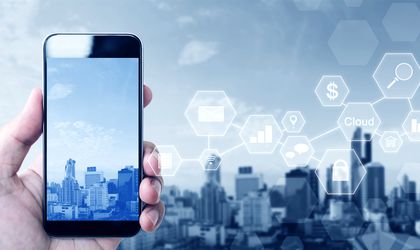 The most developed cities in Romania have less than 10 smart solution implemented, according to an analysis of the Romanian Association for Smart City and Mobility (ARSCM). While Alba Iulia leads with 96 apps implemented three of the most developed cities, Bucharest, Constanta and Brasov, have less than 10. For the Capital city this could change with the support of the Netcity network that is rapidly developing.

Paradoxically, economic development does not guarantee investment in Smart City solutions that can significantly improve the lives of large metropolitan residents. The ARSCM has identified large differences between communities with similar development. Alba Iulia leads detached in the rankings of implemented smart projects with 96 applications, while three of the top five developed cities – Bucharest, Constanta and Brasov, have less than 10 projects implemented, and Craiova has no such solution, ARSCM shows. Timisoara and Cluj-Napoca are the only cities except Alba Iulia, which have more than 10 Smart City projects in progress – Timisoara – 19 projects, and Cluj-Napoca – 11.

“The implementation of smart digital solutions can make a decisive contribution to increasing the comfort and safety of residents in major cities. The UN’s IT & C Agency shows that Smart City applications can reduce up to 20 percent of the daily shuttle service time and back to home. In one year, this percentage means four days off for each person. In addition, these solutions reduce the number of road accident victims and violent offenses by between 15 and 20 percent,” says Eduard Dumitrascu, president of the ARSCM.

The capital could quickly recover the gap in smart solutions

Despite the very good economic results in recent years and the significant population growth, in the Capital we are confronted with a slow pace in the implementation of intelligent solutions, which would implicitly mean a significant increase in the quality of life.

A favorable aspect is that Bucharest is the most developed city on the telecommunications infrastructure side and this ensures an increased availability of Internet and data services critical to the efficient operation of smart solutions. In the capital, Netcity’s underground telecommunication network currently has more than a thousand kilometers and it will double in the next two years.

“Infrastructure investments and Smart City projects are vital to the sustainable development of Romania. Investors need a stable legal framework and incentives for companies to engage in such projects that require, in most cases, significant investment. For example, in Bucharest over EUR 40 million were invested in the underground telecommunications network and the investment will grow up to EUR 70 million in the coming years, exclusively from private funds. Such projects can only be achieved through long-term public-private partnerships, in terms of stability and efficiency, for the ultimate benefit of citizens,” said Dumitrascu.

Smart applications and solutions, such as Smart Parking and Smart Parking, which would help reduce congestion in the central area by at least 15 percent, air quality monitoring to meet European standards, video surveillance of crime areas or the monitoring of illegal garbage disposal can be managed with a stable telecom infrastructure such as the underground, and such projects are also successfully operating in other European capitals.

The Romanian Association for Smart City and Mobility is the authority of the Smart City Industry in Romania, having as main purpose the development of the creative-intelligent communities in the country. ARCSM is an active organization that brings together the elite of professionals and experts in every area representative of Smart City, creating the first body of industry professionals with over 150 active members.