Nokia 8 Sirocco, the phone that shows the company can make luxury smartphones 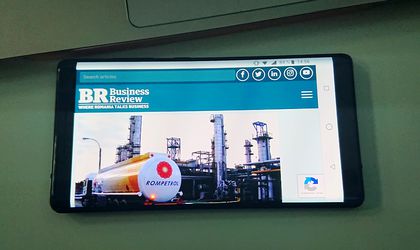 The Nokia 8 Sirocco is the flagship of Nokia, or HMD Global, the company that owns the brand and produces the phones today. It’s not your regular flagship with bezel-less screen and aspect ratio of 18-19:9, it has only 16:9. It means that you don’t have a long and narrow screen, but a rather short and wide one, more suitable for video formats, for normal use and for fast typing.

This is the first thing you notice about Sirocco. But Nokia is not making this format a regular one; the models that are pushed by advertising, Like Nokia 7 or Nokia 6, are ‘normal’ in size and aspect ratio. Sirocco is the phone through which the producer tries to make a difference and gain a place of originality in the worldwide phone market.

It’s not trying to make a best-seller out of Sirocco. It only wants to show that it is capable to make a luxury phone, an expensive terminal with top-notch performance. And it has succeeded even if the phone has some flaws and you can see that it was created quite a few months before it was launched and it’s packing older technology.

The curved screen resembles Samsung’s Galaxy S8 and S9 and looks good. It feels good also, but it is not of great functionality. The best thing you can do with it is that you can slide the image by barely touching the screen. Otherwise, the curve OLED is changing the color on the sides and even if it’s something that you really notice or care, it is a flaw. The screen is a 5.5 inch P-OLED with 1440 x 2560 pixels made by LG.

The curved edge between the screen and the glass back has a band of stainless steel around it that sticks out. It makes the phone heavier than some, at 177g, but it also makes it feel expensive, like a luxury phone. The glass panels are Gorilla Glass 5, the latest version as of mid-2018, scratch-proof and shatter-resistant.

The fingerprint scanner is on the back, but it-s small compared to other phones. That, probably, is the reason why it doesn’t work very well, meaning you have to touch it multiple times in order to unlock.

In terms of performance, the phone is flawless. I put it side by side with Galaxy S9+ and it opened pages while browsing faster. A fraction of a second faster, but still noticeable. Of course, in normal use you don’t get to see the difference, both are working light-speed fast, helped by the 6GB of RAM, but it is a plus for Nokia since they are using an old processor.

The phone uses Qualcomm Snapdragon 835, an octa-core processor (4×2.5 GHz & 4×1.8 GHz), but the latest generation is 845, that can be found on every flagship this days and even on cheaper versions. There is no difference in terms of performance (except for the benchmark tests, of course), but the customer will look at this and not be satisfied.

The camera on the back is a dual-lense with 13MP and 12 MP sensors, both Zeiss brand. A good camera all-round, but not matching the quality of Huawei P20 Pro, iPhone X or S9+. That meaning it takes very good photos, but struggles in low-light (except when using pro mode, as experts say).

The battery is 3,260 mAh that last easy for a day and supports fast and wireless charging. Used in hard-mode, which means replacing the computer for most of the day, it’s still have life in the evening. It is not impressing, but it meets the standard.

Huawei unveils P30 Pro and P30 smartphones with the most advanced cameras ever...