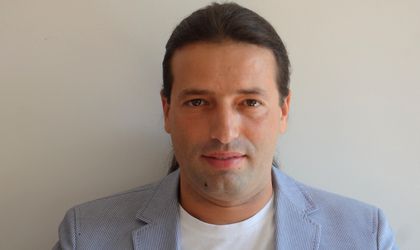 TechAngels, the largest network of angel investors in Romania, invested EUR 4 million in 75 startups throughout 2020. 60 of those are brand new entries in the network’s portfolio, while the remaining 15 also received funding from the investors in 2019. The portfolio of TechAngels members now includes 175 startups in various sectors, yet all focusing on technology-based solutions.

“For me, last year’s most significant trend was diversification. Apart from our activity picking up pace, as we have met with more than 200 startups, therefore tripling the number of meetings and pitches, we have supported new sectors that have shown potential. The way in which tech solutions permeate most of the industries has become more apparent to me. We have seen much more solutions in remote healthcare, education, in line with the sanitary situation we are seeing, but also solutions for services, retail, delivery, food, sales, marketing and other high-potential sectors,” says Malin-Iulian Stefanescu, President, TechAngels.

The investments were made through various methods: directly, individually, as angel investors, collectively, through TechAngels or via partner platforms or funds, such as SeedBlink or GapMinder. According to a TechAngels internal survey, the aggregate investments were approximately EUR 4 million*, which stands for two thirds of the estimated investments made in 2019.

“We still have work to do on finding the best ways to aggregate the total amount of the investments made by our members. There are multiple options available, we also have partnerships with other players on the market, so the numbers may differ according to how the actual placement of the investment is reported. Being a TechAngel provides multiple investment options, either in projects run exclusively by TechAngels, or in projects developed with partners, platforms or funds, or other investment vehicles. The added value offered by the TechAngels network is the connection with a community that shares the same interests, the exchanges of information and an efficient way to assess opportunities,” underlines Malin Stefanescu. 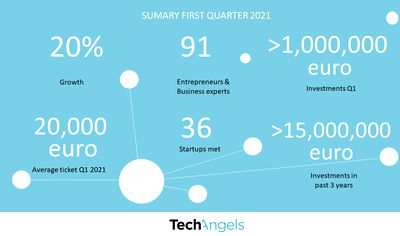 Read more about
The TechAngels association invested more than EUR 1,000,000 and grows 20% in the first three months of 2021
read more

40% of the TechAngels have invested aggregate tickets of more than EUR 25,000 in 2020, according to the internal survey, while 18% made no investments and the remaining members invested up to EUR 25,000. TechAngels have also contributed an aggregate 1,100 hours of consultancy, coaching and mentorship.

The structure of the TechAngels group may vary from one year to another, depending on the individual investors deciding whether to join the network or not. TechAngels now has 75 members, five more than at the end of 2019, although throughout the year there were both new members and angels that chose to invest via other vehicles.

“For 2021, I expect the same behavior in our segment: acceleration of efforts to identify startups with at least viable, promising products, ramp-up of support provided by angel investors, who also provide know-how and networking to help with development, but also caution materializing in placing the risk in “multiple baskets”, so we are likely to see more tickets, however their values will be moderate,” says Malin Stefanescu.

The President of TechAngels believes that in 2021 there will likely be an increase in the number of tech startups that will address some of the issues in the sectors that were more impacted by the sanitary crisis.

“We have seen the startup projects’ ability to immediately adapt, to quickly reposition themselves on the market and according to the market’s needs, but this sometimes means that the proposed solutions may not be sufficiently defined or that the markets may be insufficiently surveyed. I anticipate that this year we will see a rebound in the industries that have been most impacted by the pandemic, with properly targeted projects that have emerged from the identified issues, with appealing propositions for the investors,” concluded the President of TechAngels.