Analysis: Cloud and edge processing are among the key issues for the security solutions industry in 2019 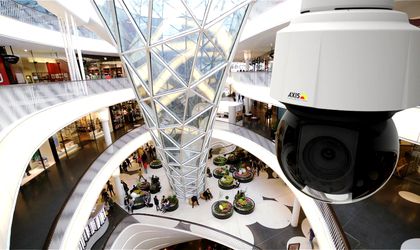 The security solutions industry undergoes changes from year to year, depending on market requirements and needs. Thus, there are real trends that technology developers are trying to anticipate ahead of time and organize their work properly. Like every year, Axis Communications has tried to identify the early trends that it thinks will shape the industry in 2019. Although predicting the future is never an easy task, below are six key issues that will influence activity during this year.

Artificial Intelligence is one of the factors that push forward many industries, and video surveillance is no exception. Deep-learning solutions are already used for video analysis applications, but for the future, wider use is expected in increasingly diverse applications and products. However, unlike other industries, in the case of security and video surveillance, the development of new applications will most likely be dictated by usage scenarios rather than technology itself. Also, the deep-learning process is made up of two stages: learning and execution. Because learning is the one that requires high processing power, it will probably mostly be done on an external or cloud server, with minor adjustments being made at the device level.

We thus get to the second trend: cloud and edge processing. The concept of cloud computing has grown in recent years and is currently a real phenomenon, being widely used in all areas. The video surveillance industry will harness this ecosystem, but to significantly reduce the bandwidth and storage space required, the data will first be processed at the camera level and only then transferred. Therefore, security will not have to choose between cloud and edge, but will find ways to implement both approaches at the same time for optimal results.

A serious challenge for developers in all areas of business is to maintain a balance between personalization and confidentiality. As we saw in 2018, the border between the two is a very thin one, and the introduction of a new set of data protection rules across the European Union was meant to prevent some limits from being exceeded. Ultimately, however, it remains a trust issue, which means that manufacturers must continue to customize the solutions provided to their customers to best meet their needs, but at the same time they must take all necessary steps to respect confidentiality data. And because videos are confidential, surveillance video systems are no exception to this rule.

But establishing a relationship of trust between a company and its clients can be strongly influenced by cyber security, as such an attack can lead to irreparable degradation of the relationship between the two parties. In a realistic note, it must be said that there will never be a definitive solution to this problem, as there will probably never be a solution to eradicate crime of another nature. Moreover, attacks are becoming increasingly sophisticated and are targeting increasingly diverse systems, including video surveillance. Therefore, companies must pay special attention to this issue and ensure that they do not use vulnerable elements in the software development process.

Beyond the potential risks of inter-connectivity, smart technology brings environmental benefits. Thus, video analysis solutions can optimize energy consumption in office buildings with a reduction in both costs and CO2 footprint. In addition, new types of sensors can be used to get more benefits. Thus, the thermal cameras can be used for the automatic detection of energy-scattering areas, but in the near future we will see more intelligent sensors used to reduce costs and improve the quality of life.

In turn, integrated sensors will stimulate intelligent action. For example, a motion sensor connected to a barrier can activate a camera, which in turn can trigger an alarm in the operations center, thus allowing for a correct decision in record time. Similarly, an environmental sensor may order a video or thermal cameras to transmit data from a point where hazardous material leaks may occur, alerting authorized personnel to intervene quickly and effectively to fix the problem. Taking into account the variety of sensors currently available on the market, the number of possible combinations is practically unlimited, and the applications and usage scenarios available.

In conclusion, it becomes obvious that technology is developing at a rapid pace and will continue to follow the usage scenarios that will bring the greatest benefits to society. Thus, there are real pillars in evolution, as the 6 trends identified for 2019 are in fact extensions of those set in early 2018. In this context, 2019 is announcing an exciting year in the field of security and video surveillance, where we will see new technologies that are more and more useful to users.