Apple is preparing a product for Virtual and Artificial Reality 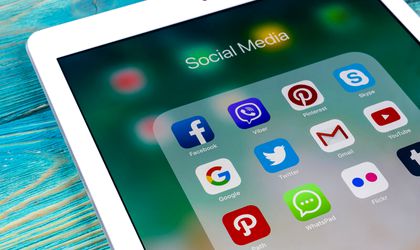 The headset, which would straddle the two technologies and tap into Apple’s own chips, is slated for 2020. It’s the biggest sign of Apple’s interest in virtual reality. Apple CEO Tim Cook has nothing but praise for augmented reality, saying it’s a technology that’s potentially as important as the iPhone, according to Cnet. It turns out he may have big plans for virtual reality too.

The company is working on a headset capable of running both AR and VR technology, according to a person familiar with Apple’s plans. Plans so far call for an 8K display for each eye — higher resolution than today’s best TVs — that would be tethered from a computer or smartphone, the person said.

The project, code named T288, is still in its early stages but is slated for release in 2020. Apple still could change or scrap its plans. Maple declined to comment.

It’s notable that Apple is working on a headset that combines both AR and VR given its intense focus over the past year on pushing augmented reality in iPhone and iPad. Cook has said he sees bigger possibilities in AR than VR, partly because augmented reality allows you to be more present. Either way, it’s vital for Apple to expand beyond its iPhones, currently its top moneymaker, and the slowing mobile market.

The Cupertino, California, company has dabbled in smaller VR projects, but the headset marks a major investment in VR, a tech that transports you into a different, digitally created world when you don bulky goggles. Once touted as the next hot tech trend, VR has failed to resonate with consumers despite heavy investment from companies like Facebook’s Oculus, Google and Samsung.

The industry has increasingly sided with Cook when it comes to bullishness on augmented reality, which overlays digital images on the real world using special headsets or your phone. Many of the early examples of popular AR capabilities include games like Pokemon Go or filters and lenses that go over your face in photos on Instagram and Snapchat.

Apple’s headset would connect to a dedicated box using a high-speed, short-range wireless technology, according to a person familiar with the company’s plans. The box, which would be powered by a custom Apple processor more powerful than anything currently available, would act as the brain for the AR/VR headset. In its current state, the box resembles a PC tower, but it won’t be an actual Mac computer.

And unlike with the HTC Vive, users wouldn’t have to install special base stations in a room to detect their location. Everything would be built into Apple’s headset and box, the person said.