What to do this weekend October 18-20 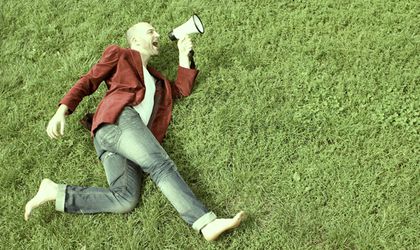 For the best 150 cyclists in Romania, seven laps of around five km each and the route including sharp ascents and descents on grass, gravel or stairs will be the challenge on October 19, in an event held in Bucharest’s TineretuluiPark.

At this second edition, among the cyclists who subscribed the competition will be also last year’s winner Marius Petrache and the national champion at MTB Marathon, Kelemen Arpad. More information about this event, here.

17 countries will be represented by more than 250 companies at the 39th edition of the Bucharest International Technical Fair, which will be held simultaneously with ExpoEnergie – EEE International Fair for Renewable and Conventional Energy, Equipment and Technologies for Oil and Natural Gas. More information about this event, here.

The eighth edition of eXplore dance festival – Bucharest International Contemporary Dance and Performance Festival will promote eXchange, the focus of this year’s eXplore dance festival artistic selection. Encouraging choreographic research, supporting the younger generation of dancers and choreographers and the diversity of contemporary forms of dance and performance, increasing visibility among the wide audience, this year’s programme focuses on future generations. More information about this event, here.

Seven days of tea and coffee are prepared for those interested in the fifth edition of the Tea & Coffee Festival that takes place in Bucharest until October 20. The hot drinks lovers will have a range of artistic and culinary shows in Bucharest teahouses and cafes, but also an exhibition of tea, coffee, delicatessen and accessories (dishes, cakes, decorations) hosted by the Dalles Hall between October 18 and 20.

The Tea & Coffee Festival promotes the consumption of tea and coffee, with emphasis on the ritual of serving these drinks. The seven days of the festival will bring into the limelight cultural and gastronomic elements specific to countries with a tradition in the cultivation and production of tea and coffee, as well as in the preparation and presentation of drinks obtained from them. More information about this event, here.