What to do this weekend November 8-10 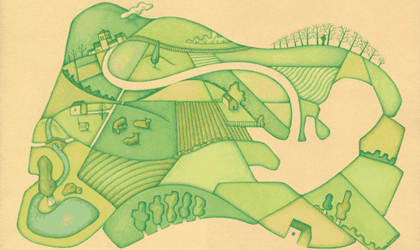 Organized under license of TED conference, TEDxBucharest returns this year with the fifth edition, “Make it happen”. The Romanian audience will hear 20 speakers and performers both national and international, coming from countries such as Britain, Norway, Bulgaria and Romania, which will show unique and representative experiences in the areas of economics, extreme sports, IT&C , digital art, law, journalism , architecture and social commitment. More details about this event, here.

Bucharest, Cluj and Iasi will host the eighth SoNoRo chamber music festival. The opening concert will be held at CotroceniPalace and will be followed by another eight shows in Bucharest.

The Bucharest concerts will be held in several locations: CotroceniPalace, BragadiruPalace, the Palace of the National Military Circle, the Romanian Athenaeum, ArCuB, the National Museum of Art of Romania, St. Iosif’s Cathedral and the National Bank of Romania.

This year’s event will include operetta, music-hall and ballet performances, concerts, exhibitions and shows for kids.

The festival will kick off with a concert by Spanish singer Buika. The artists and ensembles featured on the program include Carmen, performed by the Tbilisi Musical Theatre, the ballet Baiadera, chorographical theatre performance Mozart Steps, a concert by Sonia Theodoridou, The Japanese Tale, performed by the Radu Stanca Theatre, Count of Luxembourg, by the State Theatre of Musical Comedy, Russia, an Alexandra Coman concert, Bloody Wedding, by the Klaipeda State Music Theatre, Lithuania, and an Alfredo Pascu concert.

The Bucharest Cervantes Institute and the Miguel Delibes foundation are opening the ‘Common land. Illustrated Delibes’ exhibition, showcasing book illustrations by 16 of the most important contemporary Spanish illustrators. More details about this event, here.

The 19 objects from the exhibition are inspired from the Polish traditional art, handicrafts and decorative art, with the materials used by the designers being genuine and local. The exhibition is organized at the initiative of the Polish Institute in Bucharest. More details about this event, here.