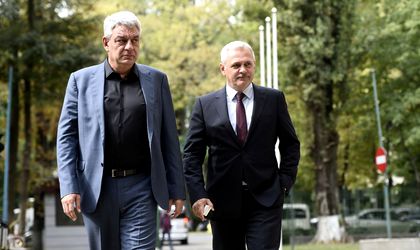 Three ministers will resign from the center-left government led by Mihai Tudose, with the decision being taken by the leadership of PSD during a meeting that was held on Thursday evening.

The government reshuffle comes on the back of growing tensions between PM Mihai Tudose and the head of the PSD Liviu Dragnea. Tudose confirmed that he would step down if the PSD members did not approve the resignation of some ministers.

“We are trying after this long night to have as winners the political party and through the party the government and the country,” said the PM.

Meanwhile, Dragnea suggested that the PSD went through a critical point adding that the communication needs to be improved between the government, the Parliament and the ruling coalition comprising PSD and ALDE.

Shhaideh is investigated by anti-graft prosecutors who have also asked the MPs to approve the start of the prosecution against Plumb. According to media reports, both ministers are close allies of Dragnea.