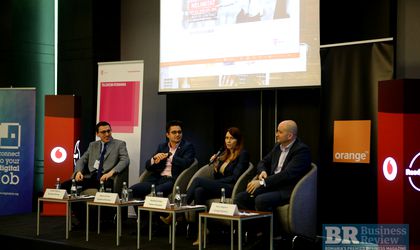 The biggest players in the Romanian telecom sector see significant business potential in the implementation of Internet of Things technology for companies and the public, suggesting this trend will also boost the digitalization process of organizations.

“IoT has a big potential to grow in manufacturing, where a lot of processes can be automated as well as the transport and logistics sector,” said Marius Coman, IoT country sales manager, Vodafone Romania, during the eighth Focus on Technology & Telecom event organized by Business Review.

The public sector also has potential to grow in this segment, according to Andreea Cramer, management segment director, business division, Telekom Romania.

“I believe that smart city, e-city, cities, sectors and city halls that have started to implement concepts – these are the future,” added Cramer.

In the implementation stage of IoT’s there isn’t a standard right now, and the solutions have to be adapted depending on the demands of customers, explained Silviu Neghina, IoT Sales Manager at Orange Romania.

“It is an advantage for us, telecom operators. It is up to us to educate the market and we are playing an important role. Still, we are far from having smart cities and other such things,” said Neghina, who mentioned the fact that Orange is among the key players in the smart city pilot project in Alba Iulia.

The speakers have agreed that the upgrade of the network to 5G will further support the adoption of IoT solutions across the country.