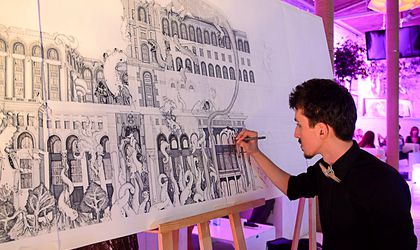 Romanian graphic artist Daniel Radulescu is looking to offer a new perspective on the Parliament Palace in Bucharest. The building is considered by the World Records Academy the world’s largest civilian building, most expensive administrative building, and heaviest building. It is drawn in minor details to which several fictional characters are added by the artist. Radulescu plans to make similar drawings for every country of the world, rebranding their best-known symbols.

How did the project begin?

It started from my passion for drawing and for details, I wanted to do something completely different, new, original and out of the box. I had in mind a big project, that would take me several years for accomplishment. After finishing the Parliament’s Palace project, I will pick architectural symbols for the other 200 countries, transforming my drawings into branding products.

Why did you choose the Parliament Palace?

I chose the Parliament Palace for its story, architecture, its huge dimensions and for the Guinness Book record for weight. Of course, everything came as a challenge – I consider it the most difficult drawing image from Romania.

Is your painting reinterpreting the Parliament Palace in every detail?

The drawing represents almost entirely the building, I used references and concepts regarding its architecture, I have been calculating and also measuring every single window, foundation pillar or brackets. The difficulty appeared when I decided to combine the real image with fictional characters – there were many parts where I found it almost impossible to finish it.

Did you consult an architect for the details that are captured in the painting?

No, I had my own personal vision of the project so I decided not to consult specialists.

Does your drawing have the entire building or just a side?

My drawing reproduces only the front side of the building, with the main entrance. In the future, I am planning to retrieve the entire concept, using modeling and sculpture as techniques, in 3d, which it will allow me to build the entire building, being able to surprise every detail of the original representation.

What was the feedback received for your project so far?

Surprisingly, everyone seems to enjoy my drawing. Few weeks ago, I have had an exhibition at the Parliament Palace, presenting my own Parliament Palace, and the guests were very thrilled to see such a piece of art. Marian Vanghelie, the mayor of the 5th district of Bucharest was there, and he was actually extremely impressed.

What was the most difficult part to sketch?

I could say it that the start, the very first point drawn on the paper. It took me a while to realize that from that first point I have to create many others in order to complete the 2.8 meters sheet of paper allocated for the entire drawing.

How much money did you invest in this project?

I could say the investment can be measured by the hours I have spent drawing it. Until now, I’ve been working 540 hours and almost 450 hours more to come.

After finishing it, what will you do with it? Is it already sold?

It is hard to say what is going to happen after I will finish it, but I definitely won’t want to sell it. In about five, ten or even twenty years, I would like to create an exhibition with all the drawing I intend to do in this project, highlighting the most important symbols of the world.

The drawing can be seen in March at an event hosted by the  Arts don’t bite association. 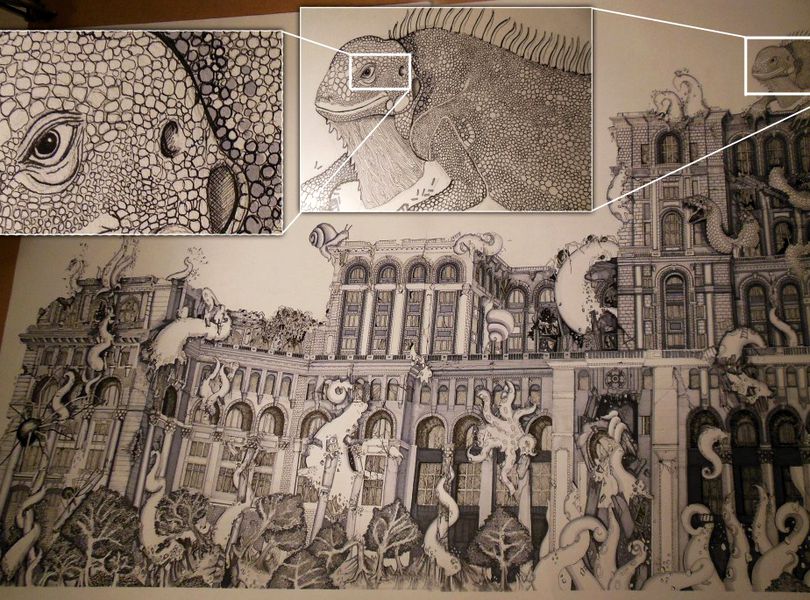 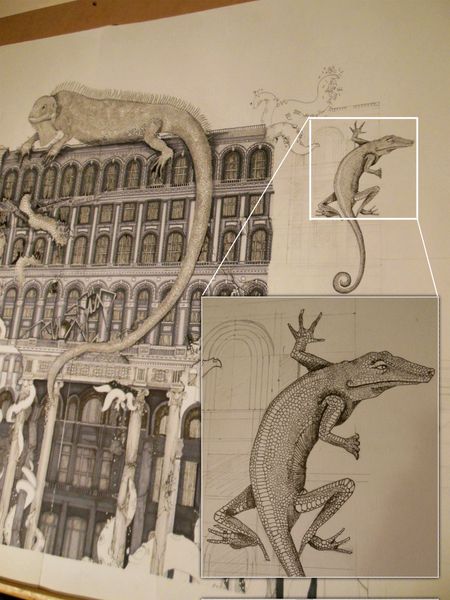 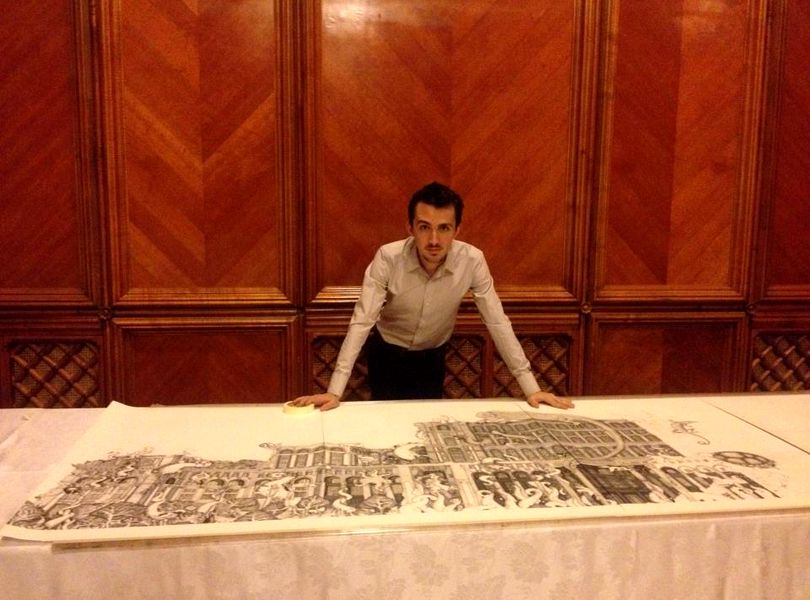 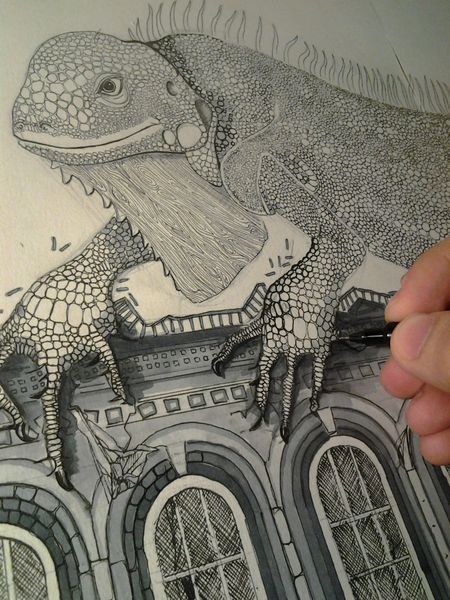 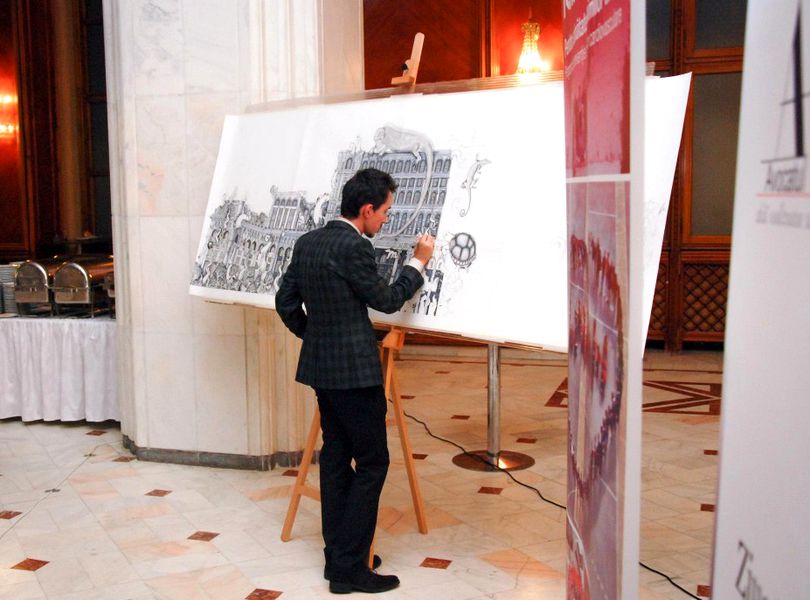 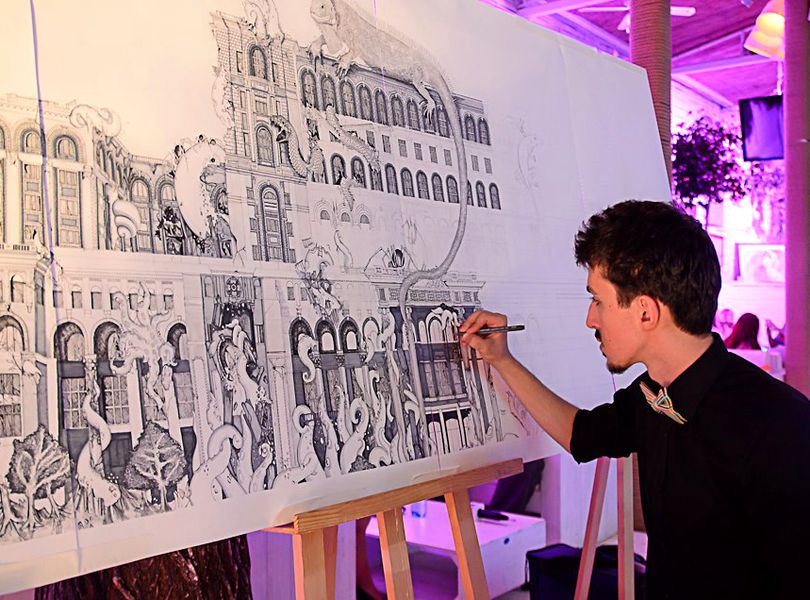 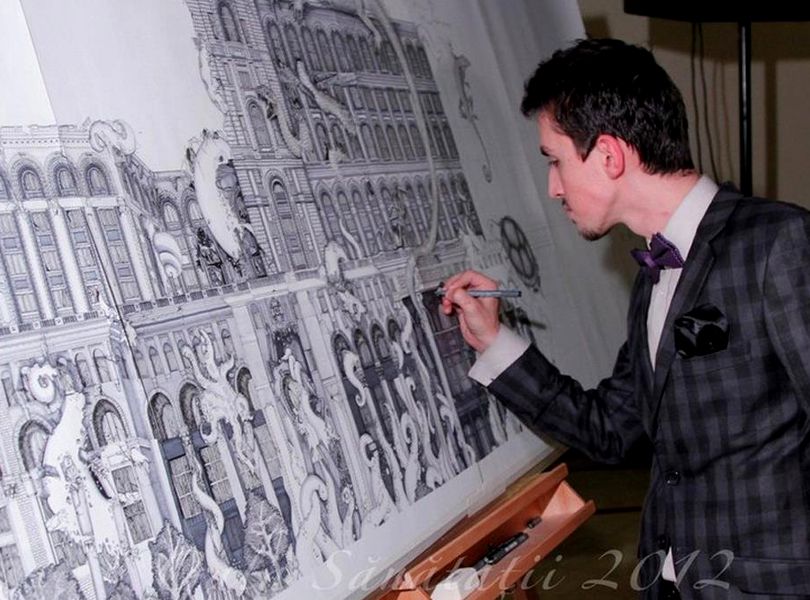